A Demonic Threat and Help From A Realized Master

There come moments when life provides one last opportunity to enjoy something you once had but lost, as if the hands of time are briefly turned backward. So it was in 1990 when the Godfather Part III premiered. I loved the previous two Godfather movies that featured Marlon Brando and Al Pacino in the 70’s and eagerly anticipated the third installment. To reiterate that moments can be had one last time, a week before the movie hit Lawrence an old girlfriend named Lisa called and wanted to go out. She periodically wrote letters to me after we stopped dating, but I hadn’t seen her regularly for six years. I suggested seeing “The Godfather Part 3” that weekend. She eagerly accepted.

She still lived in her parent’s home, and I felt an eerie sense of déjà vu when I was greeted at the door by her father. He shook my hand vigorously and welcomed me inside as if it was still 1983, and I was the same young man interested in his daughter. He was naturally shy so small talk was strained, but he always accorded me trust and respect and I enjoyed his wry sense of humor. After a few moments Lisa came downstairs in a dress and shawl and greeted me with a hug. She was overdressed for dinner and a movie, but smiled as if she knew I was thinking she was as gorgeous as ever. The years had done nothing to her beautiful face, perfect hair, and long graceful legs. I thought to myself that the evening will be interesting. I couldn’t yet understand how accurate my assessment was.

We arrived early at the theater and sat watching the other moviegoers arrive. To my surprise, she cautiously reached for my hand and placed her own inside it. I looked toward her and smiled. She returned my look briefly before lowering her eyes. The movie was long but dramatic, and I believed Lisa enjoyed it as much as I did. During the closing credits she assured me that whenever she thought of gangsters it would remind her of me. I accepted that as the ultimate compliment—Michael Corleone was my hero, after all.

We left the theater and I asked Lisa if she was hungry. She was famished and eagerly accepted my invitation to dinner, so we drove to my favorite Italian restaurant. We were led to a comfortable booth in the corner away from other diners; free to talk and eat in privacy. After the waitress set bread and olive oil before us and took our order, I asked why she called me after all these months. I was startled to hear her response.

Lisa nonchalantly asserted that Satan wanted to claim her, and years ago she learned in a dream that I was a Realized Master and the only one who could help her. I wondered aloud what a Realized Master was, but she had no answers. I asked how she thought I could possibly help, and she claimed that Satan wouldn’t take her if he knew I protected her. I couldn’t recall her religious convictions, but I suggested she should look to God for the help she required. I had no knowledge or skills to combat demons. She insisted I didn’t need to do anything—simply being with her was enough. If he saw her with me, Satan would leave her alone forever. She explained it was no coincidence we worked together as teenagers, and it was ordained we date a few years later. Those were two occasions demons menaced her, and God brought me to her both times. Satan nearly won when she tried to harm herself, but my introduction to her was an intervention that thwarted his evil intent. She was convinced this was the last time she would be bothered by his malevolent presence. My mind drifted back to a time years earlier when another woman I knew claimed she was stalked by something evil and only felt safe in my presence. I was staggered by the strange parallels between Lisa’s story and that one. How was it possible to meet more than one woman who thought I saved them from demons, or in this case Satan himself? What explained two people believing they were safe from malevolent forces only in my presence?

Lisa explained with sympathy that she was no longer interested in me romantically, but needed this final evening together to ward off the devil and save her life. She hoped I would understand. I was at a complete loss for words. I said I was happy to help, and asked if she required anything else. I jokingly suggested sleeping together; just to be sure in the morning that Satan knew I was still around. She laughed and said my suggestion was unnecessary, but a nice try.

My awkward attempt at levity cut through the tension a bit, and we moved onto other topics. The remainder of dinner was filled with small talk, as if explaining that Satan stalked her was as mundane as doing her laundry. I remembered enough odd moments with her to assume perhaps everything was always the same for her. She embraced the fantastic in a casual way without attempting to understand it, and awarded it equal credence in her life. It was an unwittingly enlightened thing to do.

We finished our dinner and I drove her home. I walked her to the door and we embraced but didn’t kiss. Saving Lisa from Satan didn’t warrant that much affection. I told her I enjoyed the evening, and if she wanted to see me again she should feel free to call. She assured me she would, and said good-night.

I left her house bewildered, and rushed across town to tell an old and trusted friend about my evening. He wondered why I was shocked to believe I saved her from Satan, and suggested I likely saved lots of people from demonic influences. When I remarked that fighting Satan was out of my league, he shook his head and grinned. I asked how he thought I might have been able to accomplish this without even realizing it. He said it didn’t matter. What mattered was that others knew what I was capable of. I smiled at him. My friend articulated what Lisa couldn’t: that I had a kind of gift others sensed and believed in. He said it in a way that flattered me, and I accepted the bizarre if unlikely compliment without protest. I couldn’t accept something so fantastic, but acknowledged the odd coincidence of two different women believing they were safe from an unworldly presence when they were with me.

I sat up in bed that night, lost in thought. I pondered Lisa’s emotional stability and wondered if there was cause for concern. Occasionally bizarre behavior was never beyond her abilities, but her conduct never before suggested anything to be worried about. I wondered what a Realized Master was supposed to be. I recognized it as a term indicating self-enlightenment, but hardly placed myself in that category. Was the phrase just a random part of Lisa’s dream years earlier, or did it actually have a meaning? I was certain I possessed no power or influence that could help her in any way, but she believed I did. Could that be enough to see her through whatever crisis she was really dealing with? I noted with irony that it didn’t matter if I had some unusual ability or not. I was certain I would never interact with her again. Lisa was convinced she was free and safe. She didn’t need me any longer.

Names and circumstances have been altered to protect the privacy of those involved.

Except for random encounters at grocery stores or social events, I never saw Lisa again. She married, raised a family and lived a seemingly normal existence. Mutual friends have never described emotional trouble or unusual behavior. On the surface, it would appear her life has been normal in every way since that final evening we spent together.

I have sometimes wondered what really occurred that prompted her to contact me. I was never convinced she attempted to deceive or manipulate me that evening because all she gained from our date (on the surface, at least) was dinner and a movie. If she never intended to see me again, what was the point of a deception?

This was the second of three odd yet similar experiences. Once before and once afterwards, another person sought me out for protection against forces that could not be understood. In each case, someone came to me convinced I could protect them from the unknown. At least to the people that sought me out, it seemed I accomplished what they wanted me to. After each event, the perceived danger had ended. They were apparently safe thereafter. I never "did" anything. Apparently my presence was enough.

I never learned what Lisa meant by referring to me as a "Realized Master". There was no Google in those days to offer quick reference, and even if Google existed, it would not explain what Lisa thought the term meant. She still lives nearby, but it would be awkward and pointless to attempt to learn what she meant after so long. She might not even remember using the phrase.

There is no moral to this story, unless it is that you might be capable of helping someone, even if you don't know what to do. In this case it was simple because my presence was apparently enough. Perhaps, ultimately, we are all capable of far more than we realize.

Ghosts of Demons Past
Buy Now 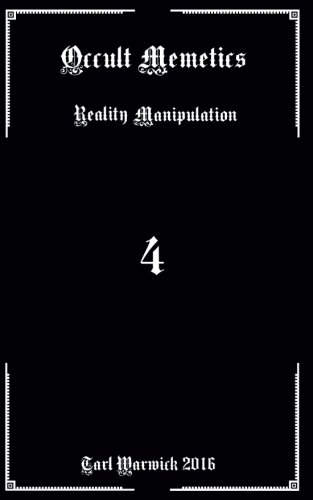