Is This a Trend That Will Fade Away?

More and more Young Americans are thinking about this procedure, that could change their lives. Many have already done it, and depending of their financial status, others would try to get more info on it. We recommend to study the sites available on the net. YouTube is a good source. We know of certain Doctors, but it would be better if you get your questions answered on your own timing.

Angela contacted this surgeon from Latin America and got a call back from a call center located in Miami. She was already 36, with a decent Job as a Family practice Lawyer. Her family was always worried about her weight. She couldn't help to be overweight. Divorced at 34 and taking care of her twins, was not an easy task. Her nanny used to make wonderful recipes from Brazil and she was glad she wouldn't have to deal with the house chores anymore.

The Appointment nurse asked her some questions and all was clear: She wanted to have a liposuction and then a "Lipectomy" to flatten up her tummy as desired since she was in college... or maybe way back to Senior year at High School.

She was asked for allergies and recent visits to a Hospital. Seemed that everything was perfect. This plastic surgeon had a website with exciting reviews and her nanny had good vibes about that Physician.

The trip was going to take 2 weeks in all. Two days at the clinic under direct supervision from the team or surgeons. the next ten days she would have to stay at a nearby Hotel for further check up.

The staff was used to pick up new patients from abroad, and to her surprise they spoke decent English. The Cab went through Downtown Cali for about 45 Minutes and then arrived to her Hotel as promised on the phone interview. The service was excellent and she felt secure. Downtown Cali wasn't bad at all...was like driving through Downtown Miami, but she was warned of not going anywhere else on her own. Like in any city, there were places where you shouldn't have gone to at all!

Angela was scared, but the doctor perfectly answered all her questions and gave her the confidence she needed. She knew that an Intervention in Florida or California would've cost her 5 times more...and she took her risks.

The results of her blood test and Urine samples gave the green light to the Medical Staff to proceed. The specialist wanted to know if she was able to withstand those 5 to 6 long hours routine. They chose general anesthesia, and as an extra procedure her buttocks were going to be reshaped and 'enhanced' with her own 'liposuction fluid,' sort of pumping your own fat into your derriere.

The team was very professional and the intervention was a success. Angela was sound asleep until 4p.m. Her lips were dried, and she was hungry and sore as she wake up. Her whole stomach was covered with Gauze and surgical patching tape. The local T.V. on the wall was in Spanish and she felt as though she was in another world. The music that the nurse aid was listening on her cell was close to Mexican. But it was a local 'Vallenato' from her boyfriend. Angela wanted to get this thing done and come back home. But an attorney cannot get her way in another country, so her mental 'ipso facto' motion was denied.

She was resting at her bed and had a personal nurse to give her those follow up massages and change the gauze in order to fight any infection. Drainage was encouraged to get rid of those extra unwanted fat around her waist. The bad thing was not being able to have a decent shower. Warm wet towels were supplied and thank God! The bathroom was big enough. Actually This Hotel was bought by the Doctor 6 years ago, and that was a good move for the sake of his foreign patients.

Angela would've thought twice before doing it again. The experience was scary enough. The food was not too bad, She was not allowed to eat regular food for the next 5 days. All she could eat was chicken broth and Jello. Not coffee or Juices for now. Another problem that she found was that her Post Op Surgery Liposuction Compression Garment Body Suit Girdle was just a pain to get herself in it. A modern torture with a C section feeling. The price for becoming a super Mom was at the door to pick up the emotional tag.

What she heard about Violence and Death was a myth, and the Doctor was used to those negative news. Her recovery was slow and she was asked to walk through the small hallway for as long as she could. She needed a person next to her so bad, but she was almost done. What she missed the most, were those Philly steaks and a good Pizza. The wounds were receding, because her tummy was itching...enough pain and so much to be done!

Little by little and after she got her stitches out. She was seeing a new person on that mirror. Her behind was rounded and made her look younger. Her smile was different now. Some wrinkles on her face were gone, and she felt light. She wanted to dance that song from prom night, but she forgot she was still in pain. Ouch!

She packed up her luggage and said bye to the cleaning lady, that used to clean her room faithfully. They hugged and... even thought they could barely understand each other, they knew in their hearts that women care for each other in any language. This Spanish lady gave Angela her blessings in her own Catholic 'cross my heart' way. After checking out from the Hotel, she noticed that the driver and the bus boy were seeing a new woman, and that was a good sign for her.

The Plane was set to depart at 3 p.m. and Angela was asked by carrier staff if she was handed any bag at her last minute, or if she did her luggage on her own. Deep inside she felt the words like a numbing procedure. She had enough for two weeks and just gave the right answers to get her final okay for departure. She knew she couldn't leave the Country in danger of her own health.

The plane took off on time and she felt as though this foreign land was her own for a while. She was thinking about this new life waiting for her back in the States, and eventually shut her eyes, after her rambling thoughts got tired of those charming white clouds on a heavenly view of this forbidden paradise...!

Would you consider a plastic surgery in the near future? 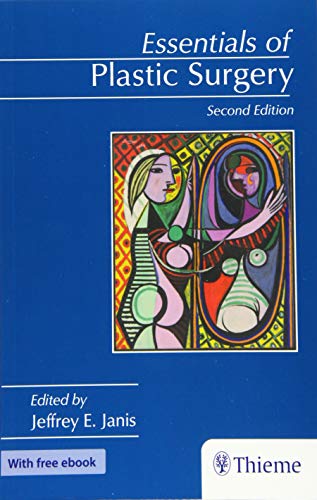