The sun is barely fighting his way up against early clouds. Is past 6a.m., taxis and minicabs come and go with their noises and passengers.

Her own view -- She opens up her car trunk and takes her carry-on luggage. Suddenly she hears the alarm on her cellphone. "Darn it! I set the alarm for 4 a.m. and now it sounded off again."

Mandy works for a well known Airline Company as a flight hostess. She showed up for work on a regular flight bound for John F. Kennedy. Her uniform gives her some chic status. Her looks and glamorous red hair add a natural beauty.

On her way to the the terminal, Nicole Pitman, 23, from Bristol UK, Joins her with her purple and pink luggage -- Nicole has been on the job for about 3 weeks or so.

Both pass the Security screening and meet the rest of the crew, especially Captain Steve Mcpherson, a veteran from Desert Storm. "Good to see you again girls!" says Mcpherson who was born in Devon UK -- even though he is 52, he still keeps himself in shape and a positive attitude. Seconds later joins him flight engineer Pete Mc Collough, who has been flying for over 21 years. He was at RAF for 13 years and decided to go into civil life after he got married.

The flight attendants POV --The last passenger shows up through the boarding tunnel. He just heard his name on the speakers and barely made it to the boarding counter.

Nicole and Mandy are greeting the passengers and making sure they get seated quickly. Overhead luggage compartments are being sealed quickly, A passenger comes into the aircraft running, dropping his glasses and acting awkwardly.

"Oh god! ma'am,I left home on time but this taxi driver got lost...I'm very sorry for showing up like a maniac, " he says, cleaning up his glasses unconsciously. "Not a problem sir, we knew you were missing, and we waited a little longer," replies Mandy as Nicole watches.

"The door has been shut," says a voice through a speaker, "This is your Captain speaking, Tower control has authorized our take off, please fasten your seat belts, turn off all cellphones and enjoy the flight, crew preparing for take off."

"Finally folks, we have reached an altitude of 36,000 feet huh, you can use our restrooms accordingly...we will be arriving in approximately five hours if everything goes right as scheduled. New York weather conditions, 79 degrees, clear skies, and 80% humidity. Thanks for flying with us."

Mandy and Nicole get ready to push the meal cart. "Hot plates on this side, and beverages on the other side of the cart," Explains Mandy to her rookie partner. Suddenly, the plane hits a bump..

"crew, please get seated," says the flight engineer with a well trained calmed voice. "That's the sign of a serious weather condition, and we don't want passengers to panic, " says Mandy in a cool mood too. "Wow!" a sensation of an small bump... then an slight diving. The plane is fighting the turbulence trying to keep the nose straight ahead.

An old man, starts to throw up on a paper bag. Ladies start praying in desperate move. Tough guys even sweat cold.

Then again, seems that the plane was pushed aside trying to avoid the heart of the turbulence.

Then a sharp dive... inside the pressure falls, oxygen masks fall on the passengers. The biggest scream from a crowd is heard...the upper section is about to break up, the fuselage is feeling the forces of nature...belongings fly all over. Some passengers get thrown to the back and hit the meal carts...

The plane keeps going down like a roller coaster with no end; breathing gets harder.

Finally the Captain's voice is heard: "Ladies and gentlemen, hold on tight... we are trying to avoid a disaster, we are almost getting this thing under control....just...If we make it, starting tomorrow..."

"Just fine Nicole. This headache,,,! Went to bed late and took two pills for these selfish cramps, you know? I think I'm gonna start my period soon. Well, I don't want you to hear all my personal stuff..."

"Don't worry. Maybe I should come to spend sometime with you, " nods Nicole.

"Great! We can drive around Trafalgar Plaza and I can show you where I met Phil, oh Gosh!"

"Then see you at 11PM, if that is alright with you? asks Nicole.

"Perfect, getting in the shower right now and fixing my smoothie"

"Talk to you later!"

Mandy happens to turn on the TV for a second and there it is...

"Flight 366 from New York to London, has just disappeared on the Atlantic ocean 600 miles from Nova Scotia. Captain Steve McPherson a 52 years old war veteran... and his Copilot Peter Mccullough, from Cardiff are among the crew members that supposedly are missing. This is breaking news! We are trying to get the list of passengers...."

Mandy sits on the Couch and cries like a young girl... holding her tummy and weeping non stop. "Could've been me...I cannot believe it...! maybe this nightmare was meant to be a warning... Oh my...! Starting tomorrow I will change and get my life together. I can imagine how Nicole is feeling right now... Oh my Lord!" 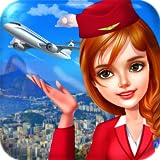 WHAT WAS YOUR LEVEL OF FEAR OR THRILL?

IN A WORD, HOW DO DEFINE THIS HUB?