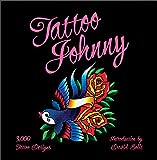 Geisha are a fascinating topic for the westerner, as the history involves a wide range of behaviors, including everything from prostitution at one time, to well trained entertainers and hostesses.

Fascinatingly, long ago the first Geishas were actually men, who were entertainers in the "pleasure palaces" of long ago, while men waited to see the courtesans. That has been abandoned long ago (although a few exist today), but the practice of female Geisha continues, and the mystery, which causes so much delight and interest in the lifestyle and practice, continues on to this day.

Geishas eventually became specialists in a number of areas, with entertainment, in general, being the way the profession evolved. Some even became famous poets, others excelled as musicians, dancers and singers, among other talents.

That generates a lot of material for those who love art, as the Geisha is wonderful source material for creative people. That includes tattoo artists, which have some wonderful designs for those seeking to have an image of a Geisha tattooed on them.

Geisha tattoo designs incorporate everything from what most westerners would consider a very traditional Geisha look, including the holding of a fan, which most of us associate with Japanese, and other Asian cultures.

There is also the wearing of a kimono, and in some cases, the holding of a fan. All are very beautiful depictions of these fascinating women.

So whether you're a man enamored with the mysteries of the Geisha, or a woman relating to her positive qualities, a Geisha tattoo is a terrific and unique choice for a tattoo.

This first Geisha tattoo is an outstanding one. I love the dainty look of her face, the wonderful umbrella, and the beautiful choice of red mixed in the with dark and light colors.

Another element of the Geisha look is the hair, which looks gorgeous here, presenting a truly awesome image.

For this particular tattoo theme, it doesn't get much better than this. A truly amazing Geisha tattoo design

While the Geisha in this tattoo looks very good, the overall design is far too busy to me, as you loose a lot of the fantastic detail of the Geisha with the background.

As for the Geisha herself, it's a very nice image, with the flowing kimono, great hair, and of course beautiful fan. Again, too bad the background interferes so much with the Geisha.

Here we have a traditional Geisha look with this tattoo, making for a fantastic piece of art. I like this because of the simplicity of the lines, the unique face from a time long gone,

The way the kimono is very modest on the top, becoming more ornate as it goes down, makes for a great design.

Also compelling is the simple depiction of the fan in her hand, and the way the fingers are made that are holding it.

If you're familiar at all with Japanese art, this the way many of the Geisha from long ago were drawn by artists.

People have a variety of tastes when it comes to tattoo art, and that's the case with Geisha tattoos as well, as seen here with this skeleton Geisha tattoo.

For the subject matter I like this tattoo design, as it includes some nice flowers, umbrella, hair, and great kimono sleeves. It's interesting that there is such a nice Geisha design that has the Geisha being a walking skeleton.

This is a wonderful tattoo of a Geisha sitting, holding an umbrella, with a pagoda off in the background.

You can tell she's relaxing in this image, as her hair is let down and she appears to be daydreaming while holding her umbrella, gazing off at some unknown scene.

The way her hand is holding the umbrella is also reminisicent of Japanese art from the past. It looks really nice.

As you've noticed in some of the other Geisha tattoos, the hands are a subtle but very important part of the overall design, and that is true with this wonderful design as well. You see it a little better here because the hands are a little larger in the photo than previous ones.

The way the color was softly dispersed throughout the Geisha's clothing and eye shadow adds a really awesome look to the design.

Also of note, in this Geisha tattoo, as well as the others, is the humble lowering of the eyes, which is part of Japanese culture, but assuredly part of the training of a Geisha as well.

An amazing part of the image is the way the fan is portrayed in the background, with only parts of it seen. That isn't easy to do with the small canvass being worked with. Nice.

Geisha tattoo designs, as the Geisha themselves, are stunning and beautiful. The detail is exquisite, and even when designed to show a Geisha in an art style of the past, it is still a very compelling piece of art.

Choosing a Geisha as a tattoo design is a fantastic decision, as you can have her inked on you in a variety of ways, with all of them doing justice to an extraordinary theme.