In this day and age, the things to do and how to buy a new laptop is as much confusing as buying a new mobile phone. Consumers are confused with so many models and makers to choose from.

In fact, listed below are some of the reasons why buying a new laptop seems like to be a daunting task: 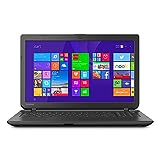 How to buy a laptop

As mentioned, buying a laptop can be quite tedious as it will take some considerable amount of research to get the correct one. There are many things to consider when buying a laptop - and one of the major aspect involves hardware specifications.

After much research, I finally bought an ASUS i3 laptop to replace my seven year old ECS metal mobile companion – which is still working but due to its limited and outdated specs, it will not run Windows 7 and some important Windows apps.

Just like anyone else, I was mulling on what laptop to buy. There are so many choices – from brand, to processor specs, to price range, etc… But how did I decide to go for the ASUS i3 K42J series laptop? Read on…

Note: This laptop buying guide will not discuss why choose a laptop over a tablet (as I have already discussed that on another post).

How to buy a new laptop? What are the things to do in buying a new one? It has been quite a while since I canvassed for a laptop since my ECS laptop lasted for seven years. upon visiting many local computer shops, am surprised to see the price range and processors installed on current laptops. Apparently, Pentium M (the one used by my old ECS laptop) is old news.

At numerous store and computer retailers, the enticing products are 10-inch (or so) laptops, popularly known as “netbooks” which is running on Intel Atom. Was actually itching to buy a netbook since its design is really aimed for mobility and portability and not to mention relatively inexpensive.

However, after doing some research, it would seem that the performance of a single core Atom is about “half” of a Pentium M processor having the same clock rate?!?! Now, this did not appear to be convenient for my computer needs. Further research shows that latest netbooks uses dual-core Atom processors bundled up with a higher memory capability, cache, etc… but obviously, the cost of these latest netbooks are a bit higher than the single core Atoms.

Looking at the options, though the Atom was quite tempting due to its cheap price and portability I would have to decline. The specs might not meet my computer needs as I do a lot of VBA programming, while searching the web, and at the same time playing media files.

Opening many applications at a time might affect the performance of the Atom netbook. I can opt to go for a dual-core Atom but it would loose the cheap factor and am unsure if the addition of another core would have a huge improvement on performance.

Apparently, Asus and Acer has already announced that they will cease production of Netbooks. One of the main reason is that current laptops are lighter and thinner that it borders to the physical dimensions of netbooks. 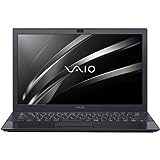 Moving on, I looked at i3, i5, and i7 laptops. The machines using these processors are generally bigger and heavier than a netbook. This could only mean that these computers are meant for heavy workload users and multitaskers.

As gathered, i7 was released on 2008, followed by i5 on 2009, and the latest being i3 (2010). This came as a surprise because usually the latest release is an improvement and would normally cost higher. However, i3 seems to be the cheap, low-level counterpart of i5 and i7. Clearly, i7 is the high-level and i5 is mid-level.

Finally, I went for i3. Simply because i3 is already suitable for my computer needs (programming, web surfing, photo editing, blogging, etc…) and is also within my budget’s reach. Naturally, some readers may wonder why not shell-out a couple of extra cash to go for i5. Yes, that is doable but the question is, would I be able to use or maximize the full potential of an i5. My i3 is running in seamless operation even with the following activities / processes running side by side:

i3 perfect for simple to medium tasks or load

So now, am enjoying my new i3 laptop and writing this article. Choosing or buying a new laptop really boils down to what you need. If you’re a heavy application user, it would be advisable to go for either the i5 or i7.

But for an average user, i3 is more advisable. Going for the higher ones doesn’t necessarily mean that the lower ones will become obsolete quicker. Remember, that i7 was released prior to i5 and i3. This may show that new techonologies or techniques were discovered that can use i7 / i5 functionalities with cheaper or smaller materials.

As for other processor manufacturers, am sure that they have produced products that can compete with Intel. However, haven’t had the opportunity to use those items (AMD, Mac) so I prefer purchasing that I am already comfortable with.

Other things to consider when buying a laptop

Listed below are other important things to consider when buying a laptop: