Samsung Galaxy Mega 5.8 I9152: Is a dual SIM card smartphone which supports two GSM SIM card, that is instead of carrying around two separate phones, you can just carry one. Your personal and business number in one single phone.

The Samsung Galaxy Mega supports the micro SIM card type, which is easily available by your service provider.

Samsung Galaxy s3: Is a single SIM GSM smartphone that also needs a micro SIM card like the Samsung Mega.

The operating frequencies of both the Galaxy Mega and the Galaxy s3 are as follows:

Shape: Both the Galaxy Mega and the Galaxy s3 are in the form of a bar just like every other smartphone out there.

Resolution:The Galaxy Mega has a qHD, 540 x 960 Pixels resolution and the Galaxy s3 comes with a resolution of HD, 720 x 1280 Pixels, that leads to amazing HD viewing capabilities.

Dimensions: The Galaxy Mega with it's larger screen size obviously comes with larger dimensions, which are 82.4x162.6x9 mm and the Galaxy s3 on the other hand has dimensions of 70.6x136.6x8.6 mm. If you go to see, the thickness is practically the same though with a difference of just 0.4mm.

Weight:
There is quite a bit of difference between both the phones in terms of weight. The Galaxy Mega weighs 182 g as compared to the Galaxy s3 at 133 g.

Secondary Camera:
Here again both the smartphones have the same type of camera, a 1.9 MP front camera which has amazing clarity and comes in handy as a mirror for you girls out there :P

Both smartphones have high speed WiFi connectivity with a bandwidth of 802.11 a/b/g/n and support WiFi hotspot connectivity i.e you can turn your phone into a WiFi hub and share your data connection with others.

Bluetooth: Both smartphones possess a Bluetooth version of 4 and are compatible with all other phones.

USB: Both smartphones have a v2 mini USB connection for connecting your phone to a charger or PC.

DLNA: The Galaxy s3 has DLNA connectivity whereas the Galaxy Mega doesn't.

Interested in a Mid-Range or High-End Smartphone and need help selecting one?

The Samsung Galaxy Grand Duos ( I9082) and the Samsung Galaxy S3..Need to buy a new smartphone and can't decide? Well here's a review about two of the top high end Android phones to help you choose..

RAM: Surprisingly the Galaxy Mega comes with more RAM than the Galaxy s3 with 1.5 GB vs 1 GB of the s3.

Internal Storage: The Galaxy s3 comes with double the internal space than that of the Galaxy Mega with 16 GB as compared to the 8 GB of the Galaxy Mega. This doesn't really make a difference cause 8 GB is more than enough to install as many apps as you want. Images, Videos and Music can always be saved on your SD card.

External Storage: Here both the smartphones surprise us with an external storage support of an amazing 64 GB as compared to that of the 32 GB that most smartphones possess.

Processor:
Both smartphones have an amazing 1.4 GHz processor which will never leave you with any lag. Games, videos, multi-tasking will work smoothly and performance is guaranteed. The only difference is that the Galaxy s3 has a quad core processor, where as the Galaxy Mega comes with a dual core processor.

Which smartphone would you prefer?

Both smartphones come with Li-Ion batteries, but the Galaxy Mega being a dual SIM smartphone, Samsung keeping this in mind has given it a whooping 2600 mAh which is way more than what even most tablets possess. You can be guaranteed of one charge lasting for over a day easily or even probably 2.

The Galaxy s3 come with a 2100 mAh battery which is pretty impressive as well and is able to keep the phone running for over a day or so.

Multi-Window: Both phones possess multi-window capabilities i.e you can run and display two apps side by side on the phone. Only the Galaxy Grand, Mega, s3, s4 and Note 2 possess this feature.

NFC:
Only the s3 possess NFC capabilities and can be used along with S Beam.

Unless you want a smartphone with a big screen, I'd say go for the s3 as performance wise, screen resolution,etc it's way better and there's hardly any price difference between both the phones.

For any queries, please leave a comment below and I'll get back to you ASAP. 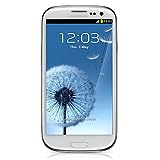