As Little Rock chooses a more energy conscience, environmentally active citizenship, the Little Rock River Market draws more green tourism. There is so much to do down at the River Market. The offerings are inexpensive.

If you are wanting to take a vacation, enjoy historical sites and landmarks, eat at the favorite restaurant of President Bill Clinton, rent bicycles or walk the River Trail, you can really enjoy yourself for a reasonable cost, and even take some money home.

Downtown, you will find a mix of people. There are famous people who eat breakfast beside the homeless, In 2006 Little Rock adopted many New Orleans transplants who fled their Hurricane ravaged State. Downtown Little Rock is made up of an international mesh that makes it an interesting and exciting place to visit..

This is my invitation to come and visit Downtown Little Rock, and I hope to see you down there late Friday Night, early on Saturday mornings or Sunday afternoons down at the Clinton Presidential Library.

Environmental impact is counted by consumers

In today's world, it is more important than ever to be conscience of how our personal economies affect the environment. There was a time just a few short years ago, where it was considered prudent to charge expensive vacations on credit cards, buying whatever a person wanted, without thought for the costs.

Today, we are being more careful with our spending, and our Environment.

Heifer International, and the EPA have worked in conjunction over the last 6 years to reverse a century of pollution on the beautiful and majestic Arkansas River in Little Rock.

As of this writing, this is one of the "greenest corridors in the world".

This area has earned all of the LEED and green awards/points available, and still the City of Little Rock grows more eco-conscience. This green corridor draws more visitors each year as it is bike and pedestrian friendly. Due to this trend, more traffic is being brought to Little Rock's small businesses.

More Pulaski county Arkansas citizens, and their welcome visitors are parking the car and walking, taking the tram, biking or bus/bike combinations.

The Little Rock, North Little Rock Riverfront areas are beautiful, serene, and provide a much lower cost vacation than you can find almost anywhere.

Come, give the River Market area a tour, stay a day or two. Have fun, eat, drink, ride and be merry. You may actually take money home.

2009 - 2012 I was a University Student. I took a class called Environmental Geology. The core of the class was to learn about Natural and man-made disasters and their effects on human health. It was 90% lecture by the Professor. 10% of our grade was on our Project, researching a Groundwater Issues and their environmental impacts.

Having worked in the Environmental Construction field for 5 years, then on the Regulatory side of Environmental policy, Lilly has a personal interest in Brownfield Revitalization.

Lilly has a lot of knowledge about Superfund and National Priority List sites. [A Brownfield is when someone takes a vested interest in rehabilitating areas of land, water and air that are too toxic for human habitation. These are properties listed on the National Priorities List ]. I chose Superfund sites, and Brownfield revitalization as my project.

Luckily, the most successful brownfield project is less than 2 miles from where I lived. It is what is now known as Heifer International Headquarters. It backs the Little Rock green corridor downtown Little Rock, and is a good example of making change for the Better.

If you have never heard of Heifer International, or Heifer Ranch, or are not sure what they are about. Heifer International has a sponsorship program where a person, groups, organizations, or businesses, can purchase chickens, rabbits, goats, cows, or an entire Menagerie to send to 3rd world countries, Reservations, and war ravaged areas. It is a worthy organization.

Heifer International, adopted 24 acres that had been used in industry for over 100 years prior. (A National Priorities List property/Superfund site). Due to their commitment to revitalize this area, and build their Headquarters in the Little Rock area, they have converted a once toxic land / river area to an extremely green site.

Heifer International is now a Zero Water facility. They re-use their gray and black water. Due to their plan they are no longer required to have a waste water permit! Heifer International re-created wetlands areas around Heifer's Headquarters for their waste needs, and the benefit of the environment. Their parking lot design is Awesome, and could change the face of many cities.

The William J. Clinton Presidential center started construction on the Library, in 2002. This was the same time Heifer broke ground for their Brownfield Revitalization and construction of Heifer International Headquarters. All possible LEED and Green points have been awarded to this "green corridor".

When the Wm J Clinton Presidential Library and Museum were built, they did it 'green', because it was the right thing to do. It created a corridor of Non-Profit and Green occupants. Heifer Ranch and the University of Arkansas are part of the Wm J. Clinton Presidential Center.

The vision to revitalize this area adjacent to Downtown has changed the entire face of the Downtown area of Little Rock, Arkansas, and it's River Market area. Part of my research were reports saying that the William Clinton Avenue (1st Street) is the 'greenest' 100 acres in any city in North America (2010)

Instead of demolishing the 1899 Choctaw Railway Station Depot...

The 1899 Choctaw Station Railroad Passenger Depot was slated for possible destruction, and instead, has been renovated and renamed "Sturgis Hall". Because the focus was on environmental soundness, it was determined that energy used to demolish, and new resources that would be needed to build would use too much energy and resources..

The University of Arkansas; Clinton School of Public Service, is the only place in the world you can earn a Masters Degree in Public Service. The University of Arkansas - School of Public service, has a lot going on. For many events, the public is invited. Clinton School, sponsors a Free Annual Game Day of Crosswords and Sudoku. Each week they usually host several Distinguished Speakers.

Arkansas has taken the long road to get here, but because of leadership and the vision of those who are concerned with downtown development, cooperation and planning has converted a bunch of filthy and useless land, to an entire "Street of Green", a pedestrian, and human friendly place to live, work and Play. 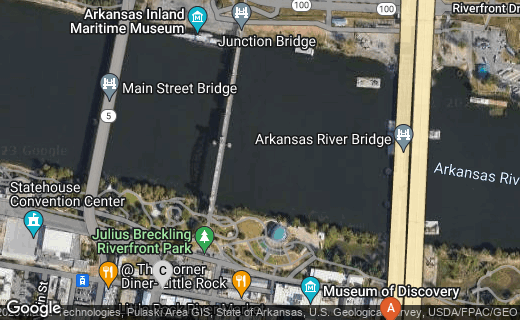 The corner of President Clinton, and LaHarp, this takes you to the back of the Peabody and Parking for the River Market area, restaurants, shops & 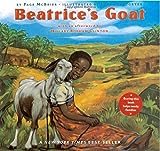 Books and Music About Little Rock

The Farmers Market - Originated in 1974. Is held in 2 open-air areas of the River Market. The Market is filled with farm-fresh produce. Buy directly from the farm trucks. Hours are 7:00 a.m.- 3:00 p.m. every Tuesday and Saturday during the months of May - October

Events - Too many to mention here - Music festival happen almost weekly. "River-Fest" is every Memorial Day Weekend. Free "Movies in the Park" happen every Wednesday night while weather permits, at the River Market Pavilion.

Parking & Transportation - The River Rail Electric Streetcar Trolley, runs constantly during the day. It usually shuts down at 11:00 p.m. There are public parking areas, and paid parking in some lots and on the streets.

Lodging - The most expensive lodging is in the River Market District, compared to the rest of the world, it is reasonable. The Peabody Hotel adjoins the Convention Center

Go to the River Market!

KATV Channel 7 - "All About the River Market" Wonderful!