In my brief time here on Hub Pages I have written about floods in the Philippines, Brazil, Thailand, Indonesia, Australia, America, Japan, Ireland, China and Columbia and those are just the big ones. In this article I will show you the flood maps of the world from natural disaster and extreme weather to record temperatures and drought.

At this rate the term 'freak weather' no longer applies as it has become the norm. Now the coast of India and Bangladesh are suffering as well as the United Kingdom, Australia and Thailand again.

The American media has down played World events claiming the extreme weather is local but that scenario is nowhere close to the truth as many recent internet articles show. Google Earth is your friend when researching Natural Disasters and Flood Maps.

Closer to home parts of Florida and Duluth, Minnesota have experienced extreme weather and flooding not too mention the millions without power on the East Coast from 'freak storms'.

John Vidal of the guardian says

"More than 40,000 temperature records have already been set in the US this year and freak storms, record rainfall and giant forest fires have left millions suffering. Many old people will certainly die in the heatwave and food prices are bound to rise."

However this is not a local phenomenon as the media would like us to believe and is happening world wide as is evident from these articles and pictures.

Flooding in the UK has left many without power as again freak storms continue to plague the island nation.

UNHCR's (United Nations High Commissioner for Refugees) Guterres notes that most of the climate refugees will be internally displaced within their home country. And you needn't look as far away as Pakistan to see evidence of that.

However Australia has had its share refugees in the form of boat people and have even created large deportation centers to deal with this ongoing problem.

What most people do not consider is that much of the flooding in India, Thailand, Vietnam, Indonesia and elsewhere in the World is low lying farmland areas, which ruins crops and creates the need for food and fresh water from other countries.

Closer to home Tropical Storm Debby is unleashing a brutal assault on Florida as it creeps across the state heading for the Atlantic. These kinds of Natural Disasters have become all to common in recent years as Flood Maps from Google Earth show. 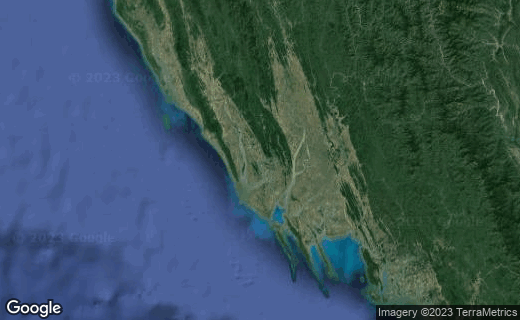 The country of Bangladesh has suffered through monsoons and rising ocean levels as a series of mini-tsunamis cover most of the flooded areas with salt water ruining crops and stranding villagers.

Nearby coastlines are suffering the same fate as villagers deal with rising sea levels as well as inland flooding.

"Giant waves, more than 12 feet high, hit the northern side of the famous shore temple at Mamallapuram, 60 km from Chennai, on Tuesday evening, leaving the heritage monument three feet deep in water."

Millions of refugees are being created as monsoon rains and ocean levels rise without receding as is evident from this report from officials.

"Nearly half a million people are living in relief camps set up across Assam, Prime Minister Manmohan Singh told journalists in Gauhati, the state capital. The rest of the 2 million displaced are staying with relatives or living in the open, sheltering under tarpaulin sheets."

The Flood Maps and photos to the right show the extent of this flooding due to tectonic shifting and extreme weather.

Floods in nearby Thailand have also affected this countries rice crop as well as killing hundreds and and leaving hundreds of thousands homeless.

Thailand has seen about 1.6 million hectares (3.8 million acres) of farmland inundated, forcing the government to cut its estimate for this year's main crop by 24 percent.

The floods, which have covered around a third of the country, have killed up to 377 people since July according the the Reuters news story.

In another story a dike overflows near the Naaf River Wildlife Sanctuary that splits Myanmar (Burma) from Bangladesh with sea water taking many residents by surprise and stranding villagers.

Upazila Nirbahi Officer (UNO) ANM Nazim Uddin said the sudden overflow of seawater hit the locality before completion of the repair to the broken embankment.

These coastal areas of Bangladesh and Myanmar are being hit the hardest as the Sunda Plate shifts and stretches lowering the sea level elevations of these two countries.

The US Media has yet to cover these floods and Natural Disasters and so many go unreported, except locally.

The media's indifference, censorship or incompetence to the subject aside the fact remains that this kind of severe weather the United States is having right now has been happening all over the World for the last ten years.

You can label it Climate Change or Global Warming, what ever flips your switch but the overall flooding is due to earthquakes which are caused by the Earth's crust moving. This lowers the elevation of the land or raises it depending on which plate is moving under the other.

That is why we are seeing coastal areas of countries in the Ring of Fire experiencing the most flooding, also along the West coast of South America as the plates pull the earth west.

What ever you consider the cause to most of the Worlds weather and flooding, one thing remains clear the US Media has been grossly ignorant and irresponsible for not reporting World weather and connecting the dots through Flood Maps of the growing number of Natural Disasters.

The Polar Shift is occurring whether we like it or not as the lack of coverage is almost a red flag saying we won't discuss this subject, thus raising the obvious question why?

It is clear by Google Earth that coastlines the World over are being flooded so why the silence?

This hide your head in the sand mentality will ultimately leave many unprepared for a flood in their neighborhood.

Their can be no doubt that the Earth's crust is stretching as earthquakes and volcanic eruptions become more common along with the Worldwide flooding and extreme weather.

This continued coastal flooding has created millions of refugees instantly in which there is no reliable way to feed them unless the floods recede which they are not doing.

The economic strain on the World will create hardships and stress reserves and food prices will increase as more farmland is flooded.

Unfortunately I see things getting worse not better however ignoring the problem won't make it go away. So that was my intent in writing this article to make sure folks are aware that the extreme weather in your neighborhood is not just a local thing and that millions are suffering the World over due to a lack of preparation and the simple facts.

Looking at Flood Maps from Natural Disasters on Google Earth is an easy way of understanding the Global scale of things and judge for yourselves whether extreme weather is just a convenient way of covering a far larger issue the Polar Shift.

Have you heard of Natural Disasters outside the United States or beyond the local scope of things?