The History of Coffee, Coffea arabica

Coffee, Coffea arabica, is a small tree belonging to the family Rubiacere. Coffea arabica and its cultivars account for almost 80% of the world production of coffee while the remaining 20% comes from another species of the same genus, Coffea canephora, also known as Robusta coffee. Both species share the same native region, East Africa, but Coffea arabica is found wild at higher altitudes, especially in Ethiopia; hence one of its popular names being mountain coffee. Also, unlike Coffea canephora, Coffea arabica prefers to grow in the shade. Due to early attempts on cultivation, wild coffee, Coffea arabica, is also found further down in Kenya, Tanzania and Mozambique. Today, many cultivars “escape” cultivation and naturalize in many places of Africa, Latin America, Southeast Asia, China, and some islands in the Caribbean and in the Pacific. Wild coffee, Coffea arabica, grows up to 9 to 12 m tall while cultivated varieties normally grow up to 5 m tall. Typically, coffee plants have an open branching system of long, oval and broad glossy dark green leaves. Coffee white flowers only last a few days and are particularly scented, especially in young specimens. Due to its resemblance to the sweet smell of jasmine flowers, Jasminum officinale, the French naturalist Antoine de Jussieu, who first described coffee, name it Jasminum arabica. However, Linnaeus placed the species in its own genus in 1737. The flowers grow in clusters in the axils of leaves. As we all known, the reason behind coffee’s popularity is the caffeine found in its seeds that come in pairs inside the glossy dark red fruits (drupes), popularly known as cherries.

Robusta coffee, Coffea canephora, has a shallow root system and usually develops as a robust tree up to 10 m high. It has a greater crop yield than that of Coffea arabica and also contains more caffeine. Although native from the eastern highlands of Africa, wild populations of Coffea canephora are now found from Liberia to Tanzania and further south down to Angola. Coffea liberica is also another species of the genus Coffea that is cultivated for coffee, although its importance is negligible compared with the other two. Coffea liberica grows up to 20 m high producing larger fruits than Coffea arabica or Coffea canephora and is native to western and central Africa from Liberia to Uganda and Angola.

The use of coffee seems to be very ancient in Ethiopia where locals in some areas still drink an herbal tea made from the leaves of the coffee tree. The cultivation of coffee and its subsequent selection is believed to have begun in the fourteen century with the Arabs, who first introduced the habit of preparing a beverage qahwa made from roasted coffee seeds. The oldest reference of such habit dates from the middle of the fifteen century in the Sufi monasteries of Yemen, in southern Arabia. It seems that coffee seeds were first exported from Ethiopia to Yemen where it began to being cultivated. Arab scholars wrote that drinking qahwa was useful in prolonging their working hours as it was thought to dull one's hunger. There are many legends and tales regarding the origin of the cultivation and drinking of coffee, several of them referring to its almost magical properties as stimulant. However, from its beginnings, coffee consumption was mainly restricted to the Islamic world, where it first originated, and was mostly related to the religious life and culture. By the sixteen century, coffee had reached the rest of the Middle East, Persia, Turkey and Egypt.

Eastern Africa, where all started 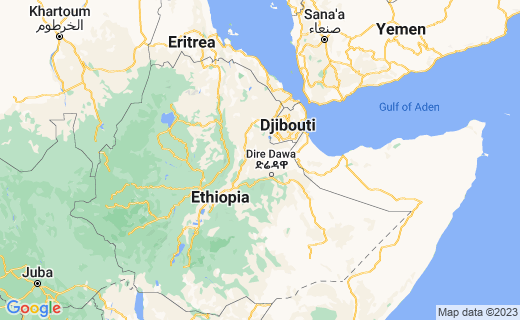 The introduction of coffee to Europe was made by Venetians merchants who at the time were benefiting from the thriving trade between Venice, the dominating power in the sixteen century Mediterranean, and North Africa, Egypt, and the Middle East. Among the many goods traded, there was coffee. As a business strategy, Venetians merchants started by charging heavily coffee-drinking to the Venetian elites. However, coffee was not that well accepted at first as some controversy arose if such drink intimately associated with the Islamic world was indeed appropriate for the devote Catholic Europe. As it became an issue, coffee was then introduced to Pope Clement VIII who, according to some coffee enthusiasts, became quite impressed with its taste and subsequent stamina. Despite the pressure of many who named coffee “the bitter invention of Satan” and the appeals to ban the "Muslim drink", Pope Clement VIII deemed coffee a Christian beverage in 1600. This paved the way for the acceptance of coffee in the rest of Europe; at then highly influenced and ruled by what was coming from Rome. The first European coffee house excluding those already established by the Ottomans in the Balkans opened in Venice in 1645. It is thought that the first coffee house in Vienna opened 1683. After Vienna had been besieged by the Ottoman Empire for two months, Viennese took supplies from the spoils after the defeat of the Turks in the Battle of Vienna, 11 and 12 of September 1683. Among the many things left there were coffer beans. Jerzy Franciszek Kulczycki, a Ukrainian military officer, was rewarded with coffee beans and a house for its services to the Polish-Lithuanian Commonwealth during the battle. Kulczycki opened the first Viennese coffee house and introduced the habit of adding milk and sugar to naturally bitter coffee.

Giving its wide spread and popularity in Europe, a race was established between seventeen century European powers to obtain and cultivate coffee trees. The race, well up to pair with a good spy novel with lots of action, twists, plots and treason was won by the Dutch in 1616. The final “operation”, if one wants to call it that way, was led by Pieter van der Broecke, a Dutch merchant, who stole some of the most well guarded coffee bushes in Mocha, in Yemen. The plants were then smuggled to Amsterdam and grown in the Botanical gardens, where they thrived and reproduced. At the time, this apparently minor event received little or no publicity (as with any successful military operation), but it caused a major impact on the history of coffee. Literally it changed the game, and the Arabs lost their precious monopoly. In 1658 after living and successfully reproducing in Amsterdam Botanical Garden, the Ducth brought their first plants to Ceylon and later to southern India. In order to control price and avoid oversupply, the Burgermeister of Amsterdam and Director of the East India Company, Nicholas Witsen urged the Governor of Batavia, Van Hoorn, to cultivate coffee in Batavia, Indonesia. The Dutch closed their Indian plantations and based their whole production in Indonesia in the late sixteen century. The Dutch were also first to introduce and cultivate coffee in America in 1718 in Surinam, then Dutch Guiana. It did not take long for the Dutch colonies (Indonesia and Suriname) to the main suppliers of coffee to Europe. Dutch success prompted their many rivals to take actions in obtaining a slice of such tempting pie. Among those, the French were the most determined. Again involving military action, the French naval officer Gabriel de Clieu managed to introduce some coffee seedlings into Martinique, in the Caribbean, in 1720. Their flourished and 50 years later there about 19,000 coffee trees in Martinique. This paved the way for coffee in other French Caribbean islands, French Guiana, Mexico and Réunion, then called Isle of Bourbon, in the Indian Ocean. 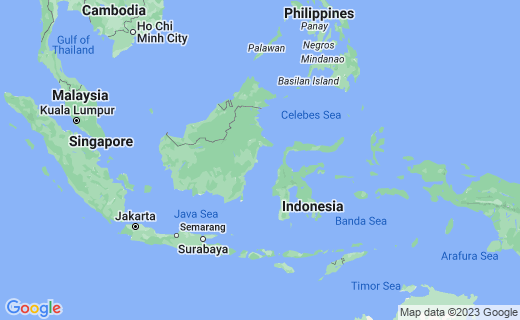 However, you may notice that today France and the Netherlands are no longer the main producers of coffee. This happens because of another event that once again changed the course of the history of coffee dramatically. In 1727, John V, King of Portugal, instructed the Sergeant Francisco de Melo Palheta to go to French Guiana to solve some diplomatic problems mostly due to border conflicts between the two European powers in the inhospitable Amazon region. The French did recognize the limits of the border defined by the Portuguese. However, the main reason behind this diplomatic mission was in fact getting some living coffee seeds as the Portuguese have been long monitoring the Ducth and French success and also wanted their share in the business. Do you enjoy 007 movies? Now, picture a dark and handsome Portuguese eighteen century James Bond. With his utmost commitment to his mission and loyalty to the Portuguese Crown, Palheta invested all his looks and seductive powers in convincing the unhappy wife of the Governor of French Guiana that he was what she needed. Guess what he asked from her? It took him two utterly planned missions to finally get and smuggle living coffee seeds into Brazil. Initially coffee was grown in northern Brazil, far from the eyes of competitors, and it took some time to gain momentum until Brazil’s independence in 1822. By then coffee had spread throughout the whole country and it did not take long to become the first world producer of coffee. A position that it still maintains today having a third of the world’s production. But, as many say, what goes around comes around and having conquered a monopoly, Brazil lost another. Ironically, coffee returned to Africa close to its roots where it all started about 600 years ago, when Brazilian cultivars where later introduced in Kenya and Tanzania, thus ending its long transcontinental journey.

Well…now, what about a nice cup of coffee?