Nate's DVD Collection ~ The Love that Dare Not Speak It's Name 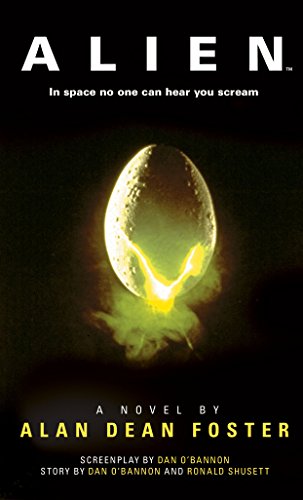 Two Things I Prize Above Life Itself

A century from now when grave robbers stumble upon the unmarked tomb that signals the scraggly plot of land behind the nearest Taco Bell that I could afford to have my rotting corpse buried near, they will find two unique things in my coffin. Well, three things.

The first thing will be myself, with my pants around my decaying ankles and my pelvis pointed outward to indicate where my ass once was. This will largely be why I wasn't buried in a proper cemetery.

But second an third things will most likely be my book and DVD collections. Though what the grave robbers will do with books that have been saturated in my body's pungent aroma and escaping fluids I will never know. And won't something have replaced Blu-Ray by that time?

Anyhow, the point is that I love DVD's as much as I love books.

Of course there's the dime-a-dozen response to any discussion about movies-vs-books that says, “Books are better than movies.” Which is true in some cases and not so much in others.

Yes, certain books are better than the movie because there is more detail and not as much need to conform to a time set or a list of standards. Examples being the Back to the Future novelizations, or any of the movie-tie ins written by Alan Dean Foster as most of those books were based on the scripts and not the film itself. And the Frank Herbert novel of Dune was far better than the early 80's film, certainly. (Though I still say the David Lynch film with Kyle Maclachlan was much better than the CGI-fest that was the Sci-Fi Channel's Dune.)

And yet there are some movies that surpass the books in many ways. The Chronicles of Narnia are two films that actually filled in the spots that CS Lewis left to our imaginations, while managing to stay as true to the story as possible.

Movies and books are two separate art forms and as a lover of both of these mediums, I can respect a book based on a movie as well as movie based on the book. I can also choose to nit pick at every single flaw in a film based on the former while also appreciating the author's depiction of the characters I've come to know and love on the screen.

The Chronicles of Narnia
Buy Now

The very first DVD I ever watched was Evolution with David Duchovny, Orlando Jones, and Sean William Scott and I was impressed with how clear the picture looked. The sound was great and there was none of the scratchiness or the other disturbances you get with VHS tapes that have been played over and over again.

Then I saw K-PAX a year later and I saw the “extras” feature. I didn't understand what a commentary was but I thought things like Deleted and extended scenes and alternate endings were pretty neat.

To this day the best DVD's are ones with lots of extras. Whether it's extra footage, audio commentaries, or “The making of” featurettes, I like a DVD that I can't get bored with fast.

Underworld, the very first movie I listened to with the audio commentary on blew my mind. It was like sitting in a studio with Len Wiseman and being told things that I never considered. I had new respect for the actors, for the story itself and for the motivations of the characters all because of the commentary.

The Bourne Identity and The Day After Tomorrow has deleted scenes that film students can watch and go, “Oh yeah, I understand why they chose to leave that out.”

And some of the extras on DVD's can be very eye opening. Seeing The Making of Kill Bill volumes 1 and 2 gave me a lot of insight into the personalities of David Carradine (God Rest his Soul) and Quentin Tarantino.

DVD's can range in price from one dollar for a cheap movie that no one's ever heard of, all the way up to 300.99 for an entire ten season TV series. *cough*Stargate SG-1*cough*

Most libraries have a collection of DVD's donated over time by other patrons. The downside of this is that the selection may not always be the best, especially with multiple patrons borrowing DVD's at a given time. Also, as was the case in the Fletcher Free Library, in Burlington, Vermont, people who borrow DVD's don't always take the best care of them.

Renting through a local store or a chain like Blockbuster is also an option. Same problem exists though, plus the late fees can get pretty expensive if you're not in driving distance or if you're just the forgetful type.

The best options when it comes to renting are Netflix and Redbox. Netflix is an online rental company that charges a monthly fee and sends you the DVD's in order of the queue which you select after you've set up a membership.

Like Redbox you need a credit card for Netflix, but unlike Redbox you don't get charged anything extra for holding the DVD as long as you wish. Depending on where you live, once you send out your first DVD you may get the next one in as little as three days.

RedBox is kind of a “vend-a-rental” system. It's a large container full of DVD's with a little screen that shows you what's available to rent. You can also buy used DVD's for five dollars. You're charged one dollar a day for rental and after twenty days you get to keep the DVD.

Twenty dollars is pretty expensive for just one DVD so you do want to return it as soon as you're done with it. Also, like with normal rentals, there is the risk of the DVD being damaged or unwatchable, meaning you'll have to either try your luck a second time (There's no charge for a replacement with Netflix, I'm not so sure about Redbox) or just give up and get something else.

Season of the Witch
Buy Now

We've finally managed to develop re-writable DVD's. You can get fifty or so for fairly cheap and you may have to invest in a DVD player with the special recording feature. But the advantage here is that you can surf channels for your favorite shows and just record them right on to a blank disc, just like the old days when you would do the same with a VHS.

Other Options for DVD Shoppers

Well what if you happen to have an extra forty or fifty dollars to blow? Where do you go to get a good selection of DVD's for a reasonable price?

For Your Entertainment (FYE), Borders and Barnes N' Noble, are great places to find new DVD's. But places like FYE, EB Games and Gamestop also buy used DVD's in exchange for cash or credit. You can get a box set of Chuck season 1 for just twenty dollars at Gamestop and still have enough left over for a couple of movies.

Also keep an eye out at stores like Christmas Tree Shoppe,Big Lots, and Family Dollar for copies of older movies recently transferred to DVD. Most of them are the classics you're familiar with like Hello, Dolly and some are obscure westerns or some such, but you never know what you'll find until you check them out.

I've been writing a series of hubs called Nate's DVD Collection. Each hub is about a movie or a box set in my DVD collection in the hopes that you, my beloved readers, will either have an opinion you'd like to share, or at the very least count me as your guru of modern entertainment that doesn't involve chains, leather and whipped cream. (Actually, movies can involve whipped cream-sometimes I even put it on ice cream while watching the movie)

Also, one thing I've found is that with as diverse a selection of movies and shows as mine, there's bound to be about to be something in my list that you like. That being said if you're in the market for something new it couldn't hurt to check these out and see what a fellow shopper such as yourself might be interested in.

A note to readers

My DVD collection, while impressive, still doesn't include everything I'd like it to. That said my current roommate has a rather large collection of movies and DVD box sets that I have been partaking in and will also write reviews on.

This may seem to bias my opinion on whether or not to buy the DVD or Box set, but you can rest assured when it comes to that I am keeping you, my reader and the consumer in mind when I make those suggestions.