The best cover songs ever!

No, sir William did not make it! 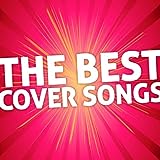 In the city of wolves!

Remakes can be good too.

Once in a while, a great remake of a song comes along, and maybe you don't forget the original, but you do like the new one. I think that with out cover songs, something big would be missing in the popular music scene!

First, what is a cover? I see covers as a remake to a song that is definitely someone's. That is why you don't see Christmas Carols or folk songs on here, because who really owned them. I wanted to include Labamba, but that is not a Richie Valens song. It is an old Mexican folk song that anyone can sing. However, Los Lobos made the cut with another song.

Those I hated to leave out:

*The Ramones-I don't wanna grow up. That is one of my 5 favorites. *Smashing Pumkins-Cinnamon Girl. *Eric Johnson-Over the Rainbow. Michael Bolton-Dock of the Bay. No, I am not a Bolton fan! He did a great cover though.

I am going to catch flack for all of this but no, American Idol Does not count!

Here is my list of the best dozen covers of all time.

12. Knocking on Heaven's Door-Guns and Roses This was a Bob Dylan song that Axl and friends turned into a Rock and Roll classic! This was sang and performed with such power and emotion. I favor the live versions over the studio.

11. Calling Occupants-Babes in Toyland. I love the Carpenters and it is hard for me to say that someone took one of their songs to a new level, but "Babes" brought the aliens to Toyland for a huge party this time! I love this version. One of my absolute favorite covers.

10. No Woman no Cry-Graham Parker. How could anyone one do justice to a great Bob Marley tune? Well, not just anybody did. Graham Parker put on his best show and nailed this one.

9. I Have a Dream- Connie Talbot. Little Connie mastered this old Abba classic when she was just ....8! How does Connie do what she does, and still get her homework done? The little 5th grader is number 9.

8. Come on let's Go- Los Lobos. Another great cover of a RichieValens hit! They made these "Golden Oldies" their own and brought the Oldies back to the top 40 in the 80's.

7. All Along the Watch Tower- Jimmi Hendrix Another Bob Dylan classic. Bob actually called this a Hendrix tune, because Jimmi made it his own! There will only ever be One JimmiHendrix.

6. Dear Prudence-Alanis Morrisette. It can not be easy to cover The Beatles! Alanis took charge and really belted out this one. I love everything about this version.This is the first mention of the Beatles on this list, but not the last.

5. Joe Cocker- Get by with a Little Help from my Friends- Joe made this his own by belting out the words. He was great when it came to covers!

4. I Will Always Love You-Whitney Houston. Dolly Parton and others did a great job with this, but Whitney took it to another level.

3. Respect-Aretha Franklin This was an unknown, unpopular Otis Redding song. Well, it's most certainly not unknown anymore! One of Aretha's biggest hits.

2. Angel of The Morning-Juice Newton. As much as I like Marilee Rush, I think that few will disagree with me when I say that Juice's version is the best one we have ever heard.

Maybe number one is not as well known as some covers, but that is only because their originals are such classics. Here they are at number one, Ladies and Gentlemen,

1. Twist and Shout- The Beatles- What more needs to be said?