When we finally make the decision to lose weight, it's often triggered by an upcoming event or situation that seems urgent. Maybe your class reunion is right around the corner, you've been diagnosed with a health condition that requires you to slim down, or maybe you're just tired of being overweight. Whatever the circumstances, we're often anxious to get the process moving and see quick results and because of that many people are looking for ways to speed up their weight loss plans. Losing weight fast is possible and we've compiled some strategies that you're probably not even aware of.

In this two part series we'll discuss some very important and often unknown weight loss secrets. We're confident you'll discover some hidden gems that will help you optimize your weight loss program. Be sure to also read our informative article on the new HCG diet designed specifically for optimum weight loss.

The Effects of vitamin D on Weight Loss

A recent study conducted by researchers from the University of Minnesota found that increasing the levels of vitamin D helped overweight people lose more weight. The study shows that people with low levels of vitamin D can be helped in their weight loss efforts by the addition of vitamin D supplements as well as a reduced calorie diet.

Researchers found that for each nanogram per milliliter increase in vitamin D an extra half pound of weight was lost. This is especially interesting given the results published earlier this year in the Archives of Internal Medicine. This study found that 75 percent or more of American teens and adults are deficient in vitamin D. This means that a great number of people who are struggling with weight loss might be helped with the addition of vitamin D supplements.

Vitamin D deficiency is far more serious than simply making weight loss more difficult. A deficiency in this essential vitamin is linked to many serious illnesses including cancer, diabetes and heart disease. 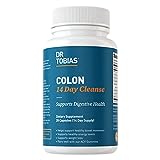 When you eat and when you don't matters.

When you eat can help promote weight loss –

Researchers have long known that shift workers, those with varying schedules, are more prone to developing metabolic syndrome. This pre-diabetic condition is characterized by insulin resistance, weight gain – especially belly fat, and high cholesterol levels. What wasn’t clear was why this condition was so prevalent among this group of people. Was it simply too many snacks while trying to stay awake and adjust to the late night hours? Was it due to the disruption of the circadian clock, the body’s internal clock that is regulated by light exposure?

New research by scientists at the Salk Institute for Biological Studies is finding evidence of a more likely factor. It’s not only what you eat, but when you eat that plays a major part in weight management and your body’s metabolism. Researchers discovered a daily waxing and waning of the genes responsible for the body’s metabolic processes. This increase and decrease in metabolism is not caused solely by food intake or the body’s circadian clock as was previously assumed. When you eat and when you fast each day will have a tremendous impact on your metabolism.

So, it’s not shift work per se that creates the propensity toward metabolic syndrome, but rather the changing shifts, when workers switch back and forth between regular day-night cycles that is responsible for wreaking havoc on their metabolism. Scientists have found that the genes responsible for encoding enzymes needed to break down sugars increase the most after a meal, while the genes which are responsible for encoding the enzymes needed to break down fat increase the most during fasting. What this means is that eating and fasting at set intervals causes the body to regulate the enzymes needed for metabolism and optimizes the burning of sugar and fat.

So, whether you do shift work, or are just struggling to lose weight, setting defined eating and fasting periods will help your body regulate and strengthen its metabolic process. For example, eat between 8AM and 8PM and fast between 8PM and 8AM every day and your body will begin to regulate and optimize its metabolic rate.

A juice fast provides an opportunity to detoxify the body and lose weight fast. Juice fasting means giving up solid foods and consuming only the freshly squeezed juice from fruits and vegetables. It is estimated that up to 30% of our body’s energy is used in the process of digesting food. By giving your body a break, it can easily divert this extra energy to cleansing and healing itself. And, if you have excess weight to lose, the pounds will come off quickly. It’s not uncommon to lose 10 pounds in a week of juice fasting.

Juice fasting is an excellent addition to your weight loss program because in the process of detoxifying your body, you free up your liver’s resources to burn fat. When your body is already struggling to detoxify itself, which is common given the standard American diet (SAD), your liver will have little time left to work on burning fat.

How can coconut oil help you lose weight?

1. It gives your metabolism a boost.

If your metabolism has slowed down because of excessive dieting, yo-yo dieting, stress, or any other factor, coconut oil can get it back on track.

Coconut oil contains high amounts of medium-chain fatty acids and these triglycerides have been shown to increase the body’s metabolic rate by up to 48 percent and sustain that rate for up to 24 hours!

2. It can balance your blood sugar.

Coconut oil has a remarkable effect on the body’s ability to produce insulin; probably because it supplies energy similar to blood glucose, but without the problems associated with blood sugar and insulin levels. Coconut oil taken before or during a meal also lowers the glycemic impact of the food, which prevents the dreaded highs and lows in blood sugar.

3. It can cure candida and yeast overgrowth.

Candida and yeast overgrowth are often hidden causes behind weight gain. When there’s an overgrowth of candida, it’s almost impossible to lose weight. Taking coconut oil to counteract candida or yeast overgrowth can be very effective, but you need to be careful. Coconut oil is such a powerful remedy that it can cause severe candida symptoms such as headaches, chills and foggy thinking until the yeast is killed off. These symptoms can be minimized by slowly incorporating coconut oil into your diet.

Coconut oil has been a healing superfood for centuries in many tropical cultures.

When shopping for coconut oil, don’t buy the cheap stuff sitting on your grocer’s shelf. A lot of this oil will be hydrogenated, which is exactly what you DON’T want and will negate any health benefits. This is also processed oil that has all of it’s natural properties stripped away. You’ll want to find the extra-virgin, unrefined coconut oil which will yield amazing health benefits.

Start introducing coconut oil slowly into your diet, 1 teaspoon a day and gradually increase to at least 3 tablespoons daily. Once you reach 3 tablespoons per day, you’ll be reaping the maximum health benefits from this tropical superfood.

The lauric acid and caprylic acid in coconut oil help protect against one of the hidden causes in weight gain – candida and yeast.