The Search for the Red House: A Path Lost

This story is difficult to categorize, as are many of the events in my life.  It might be seen as a paranormal event but on its most basic level, it is simply a walk through an unfamiliar neighborhood by three young boys.  It also represents an unsolved mystery and part of a pattern of unusual occurrences in my life.  It occurred in the spring of 1971, when I was only twelve years old.  With me on this day was my closest friend, who returned to our home town later in his life to add a postscript to this event.

Journey to the Red House

Shortly after my best friend Brad returned to Lawrence in 1971 from his year in Austin, Texas, we resumed the weekend visits we enjoyed as grade school friends.  We tried to keep alive the activities that occupied us before he moved, and maintained contact with friends who lived in my neighborhood.  Since Paul, Rick and Anna all lived within several blocks of each other, Brad and I made a habit of regularly visiting their neighborhood.  We assumed we would always find at least one of them at home, so we never scheduled anything—we just showed up.

On this spring afternoon, we embarked from my parents’ home toward Baker Street, stopping at the local Food-Mart for a supply of snacks for our journey.  When we arrived, we looked for Rick or Anna first since they lived across the street from each other.  I was a little uncomfortable visiting Anna because of my adolescent crush on her, so Rick was usually the recipient of our company.  We found him at home, but he had an afternoon paper route and was getting ready to begin his delivery.  We asked if we could walk with him, and he didn’t see a reason why not.

We chatted together about school and girls as young teens will, and enjoyed the walk.  From an early age, Brad and I shared an interest in older houses and relished the opportunity to examine the homes on Rick’s route.  We were particularly taken with a large red house on West 119th Street, set off from the street on a large lot of land with an ominous but beautiful appearance.  The house looked quite old, but seemed kept in good repair.  If not so well cared for, it would’ve made an excellent haunted house.

Rick delivered the afternoon paper to the back door of this house, explaining that a short cut saved him nearly ten minutes time.  He knew the area well and traveled a dirt path from Larken Avenue that paralleled a small creek for a short distance.  As he guided us along this path we were intrigued by its seclusion, so close to the road and yet completely hidden from 119th Street.  He cut north and walked to the back patio, deposited the paper, and led us to the northeast edge of the property where we reconnected with 119th Street.  For the next hour we walked the distance of his route and when we returned to Rick’s house, it was time for Brad and me to leave.  We said our good-byes and headed back to my house, pausing in front of the red house a final few moments to again admire its beauty.

On another Saturday afternoon several months later, Brad returned and suggested a second trip to the Larken Avenue neighborhood.  He wanted to walk the path we took with Rick on his paper route, and I eagerly agreed.  We arrived at Larken Avenue expecting to quickly find the creek that wound through the neighborhood.  We saw nothing.  Brad and I stared at each other in confusion.  We agreed we found the access to the path that led to the back door of the red house, but the path and creek were gone.  We cautiously snuck onto the property to locate the trail from the other direction and made our way to the back patio for a discreet look around.  Nothing seemed familiar.  We couldn’t determine where Rick led us in from.  We eventually admitted defeat and realized we needed Rick to find it again.  We made plans to return with him as soon as we could.

Brad visited again a few weeks later.  We set out immediately after lunch, determined to relocate the path with Rick’s help.  We hurried to Rick’s house and Brad knocked loudly on the door.  Rick’s mother greeted us politely but appeared annoyed.  Perhaps she preferred us to plan our visits with her son instead of just appearing at the door, but she said nothing.  Rick emerged from his bedroom, put on his shoes, and we went outside.

We hurried him toward Larken Avenue and asked him to point out the path he took to the back of the red house when we followed him on his paper route.  For the second time that month, Brad and I stared at each other in astonishment.  Rick didn’t know what we were talking about.  He didn’t remember bringing us along on his route.  He said he left every newspaper on the front steps of the houses on his route, and would never consider traversing private property to deliver a newspaper to the back door.  He didn’t know of a back way to the house or recall a creek on the southwest edge of the property.

Over the months and even years that followed, Brad and I queried Rick about our journey that afternoon.  Rick never remembered the walk we took together to the back door of the red house.  Neither of us believed Rick was joking—how could he have moved a creek?  Brad and I occasionally searched during the months and years that followed until the house was torn down, but never found the creek or path.  How did Brad and I share a memory Rick couldn’t recall?  We never comprehended how Rick could stare blankly at us when we asked him to help us retrace our steps.  Was it an illusion?  Did we share a dream?  How did we lose a path we both walked on?  How did a creek disappear without a trace?  Why couldn’t it be found again in such a small expanse of land?  What happened?

Almost 30 years later, Brad lived in town and worked in Real Estate.  In the fall of 2000, he learned of an open house in the same neighborhood and recognized an opportunity to investigate the area one final time.  One Saturday evening he mentioned in an excited voice that he might have found the area.  We drove to Larken Avenue and walked into a small open field surrounded on all sides by homes.  We didn’t see the creek we followed, but noted that we couldn’t be seen from the road.  The red house had been razed years ago, but Brad suspected we found the area we walked with Rick.  It seemed possible, but questions remained.  Why couldn’t the field be discovered for the last 25 years?  What made Brad able to find it now?  Where was the creek?  We guessed that we were in the same area we walked so many years earlier, but nothing was even remotely the same.  As pleased as we were with our discovery, the mysteries remained.

The mysteries would always remain.  We never returned to further investigate the area, and the land was eventually sold and became part of an industrial park.  No clues would remain to shed light on an event that occurred (now) almost 40 years ago.  Behind a red house that once stood on 119th Street was a path and creek, travelled only once by three young boys—never to be seen again.

What do you think happened when these young boys walked to the Red House that afternoon? 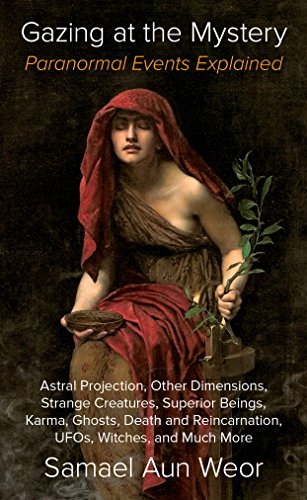