There is so much to see in Bryce Canyon National Park in southern Utah that my day and a half there only scratched the surface. I was there in early November. The weather was cool in the morning but warmed up nicely in the afternoon. I would not want to hike the trails in the middle of summer. It would have been way too hot for me. It is strongly advised to carry water at all times to avoid dehydration and altitude sickness, even in the fall. 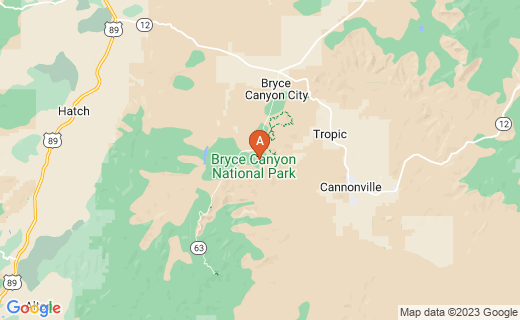 My first stop was the Visitor Center. They have many great resources there to plan your stay and rangers to ask questions. There are over fifty miles of trails in Bryce and since I only had one day, it was suggested I take the Queens Garden Trail at Sunrise Point and continue on the Navajo Loop and back up again to the top to the Rim Trail and back to Sunrise Point – a hike of 3 miles. I thought I was in good shape but being from the Midwest, the altitude changes had me huffing and puffing. Carrying all the camera gear and tripod contributed to my distress. The water did help but I had to stop and rest frequently. I stop a lot anyway on my hikes to take photos. I’m sure this particular trail would be very busy in summer but I went long distances without seeing anyone.

Before I began my descent I sat at the top of Sunset Point and took it all in. It was very windy that day. I could hear nothing else but the wind. Then I photographed the fantastic vistas.

On the Trail - Queens Garden

Next I headed down the Queens Garden Trail for some close encounters with the hoodoos. The beauty and magic of Bryce Canyon are the hoodoo formations. These are pillars of rock in fantastic shapes and colors left by erosion caused by ancient rivers. Some of them seem to glow when the sun hits them.

On the Trail - Navajo Loop

I decided I did have time for the Navajo Loop. It took me down farther into the canyon and there were more trees and more shade in this section. There were also fewer hikers on this trail. I was told to go clockwise on the trails, but if I had known how steep the trail was to get back up, I would have reversed it because the Queens part of the trail was not as steep. The estimated time to hike these two trails is 2-3 hours. I was definitely on them longer than that but then I stopped often to take photos.

Since I was taking photos, the ranger suggested I get up for the sunrise at Bryce Point. It was an excellent suggestion. This was the most mesmerizing sunrise I have ever seen. The cool, crisp air and the clouds combined to form so many different looks and glorious colors. I will let my photos speak for themselves.

Bryce Canyon - A Must See

I also wanted to see the 1600 year old bristlecone pines at Rainbow Point but as I started off in that direction, it started to snow. I decided I didn’t want to be on an unfamiliar trail alone when it snowing… maybe next time. And I definitely want to go back and take more time to explore the places I didn’t have time to see. However, the day and a half I spent there was well worth the effort. Everyone should visit this fantastic national park at least once, even if you only drive through and stop at the viewpoints.