Rick is a Cleveland-area architect who writes about local landmarks, architecture and attractions.

Situated below the looming downtown Cleveland skyline and beneath the city's many bridges, on the western bank of the Cuyahoga River, the Nautica Pavilion offers a unique and enjoyable summer entertainment venue.

The Nautica Pavilion was originally developed as a component of The Powerhouse entertainment complex of restaurants and entertainment venues. The former powerhouse, one of the city’s original utility buildings, kept old Cleveland’s streetcars running, but, in the 1980s, was restored and refurbished into a complex that initially included a brewery, a comedy club, retail shops, restaurants, party room, and saloon. In recent years, The Powerhouse was adapted to house the interactive Cleveland Aquarium. Its historic styling, high arched windows, tall stacks and distressed red brick have made it a National Historic Landmark. 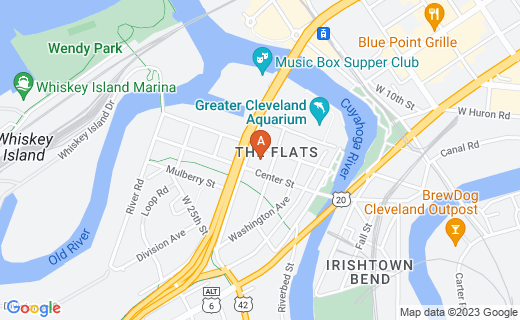 A City of Bridges

It is said that within a few miles of the Nautica Pavilion are more different bridge structures of different types than on any equivalently sized geographic region on Earth. A short stroll from Nautica offers views of suspension, trestle, truss, scissors, swing and high-lift bridges, among others.

A waterside terrace provides the setting for the Nautica Pavilion, a multiple-fabric-tent structure enclosing the performance stage and grandstand seating. Attendees are funneled from ample nearby parking through several smaller tents marking the ticket office and other ancillary facilities. As evening shows begin, patrons are greeted by not only the stage spectacle, but also by the dramatic unfolding views of the glittering Cuyahoga River, its lighted bridges, occasional river traffic, and the dramatic city skyline beyond. For special events, fireworks often shower over the river.

The Powerhouse’s party room, Windows on the River, is a favorite for weddings, proms, social and business events. For the gala party associated with the 1997 All-Star Game, Major League Baseball took over the entire Powerhouse and the Nautica Pavilion (as well as the lake-cruising Nautica Queen) for the festivities. The Nautica Pavilion rocked with Brian Setzer and His Orchestra, and rolled with The Righteous Brothers, while Drew Carey performed a set at The Improv Comedy Club.

The Nautica Pavilion offers a full summer concert schedule annually, and continues to host a variety of special events.

Author, architect and artist Richard (Rick) Zimmerman — originator of rickzworld — has crafted architectural renderings of the Nautical Pavilion and a number of other regional landmarks. He has also enjoyed concerts in the Nautica Pavilion.