My Flight From California: The Mysterious Stranger in Aisle 13

An evening on the beaches of California

I was already 21 years old when I traveled by airplane for the first time.  I was far more accustomed to road trips by car, and never needed to fly until I visited a friend in California.  I drove there in July of 1980 to visit a young lady that captured my heart, but the car was borrowed and I needed to return to Las Vegas by air.  It was a magnificent vacation, and I saw for the first time the sights of Costa Mesa, Balboa Island and Newport Beach.  I stayed for several days, but the final twelve hours were most significant to me.

As my final afternoon in California drew to a close, we returned to Natalie’s house to change for dinner.  She knew of a restaurant on the beach she was certain I would enjoy and was eager to take me there.  The restaurant extended over the water and we sat near boats moored to the docks.  Beyond the docks loomed the Pacific Ocean in all its majesty.  The rustic décor relaxing and comfortable and we feasted on crab enchiladas with double margaritas.

After dinner she suggested a walk on the beach at sunset, a romantic interlude I hoped for all day.  As we strolled along the shores, I reached out and she allowed me to take her hand in mine.  The Pacific Ocean was awe-inspiring as it stretched to the horizon.  It was definitely a power place.  The ocean, the beach and the sky at sunset revealed sights and colors I hadn’t seen since I was a small child.  In some respects the ocean was intimidating—I felt small and insignificant as I stood before its vastness.  My life, my fears, my hopes and aspirations all seemed as nothing compared to this great sea and beyond.  The ocean was indeed a place of power, but its majesty did not empower me—it was perhaps too awesome.

Dinner’s euphoria was tempered by the reality that my time in California was concluding as swiftly as the sun faded from view.  The thought saddened me, but I fought to stay in the moment and appreciate the perfection I stood in the midst of—tomorrow would take care of itself.  As nighttime approached, Natalie revealed she had to work the next morning from 8:00 AM to noon and needed to return home.  We walked to her car in relative silence as I looked back toward the ocean one last time.  All of a sudden it looked like any other beach, anywhere.  My focus was sharp as I saw weeds and sticks and rocks, thing I hadn’t noticed previously.  When we returned to Natalie’s station wagon I looked west one last time, opened the door and got in.  As Natalie drove away toward home, I didn’t look back.

Natalie’s mother was still awake when we returned home.  I chatted with her for a few minutes before retrieving my sleeping bag and spreading it across the couch.  For the second night in a row, I stared at the greasy stain on the window.  It was compelling in the same way a fire or an auto accident holds your attention.  You don’t want to stare but you can’t help it.  As I finally drifted into sleep, I resolved to wash the window the next morning. 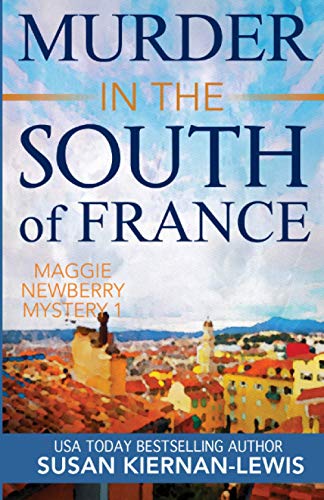 The flight to Las Vegas and a mysterious stranger

Well before sunrise, Natalie walked through the living room as she prepared for work. She tried not to disturb me, but I heard her move about. I raised myself onto one elbow and reminded her when I needed to reach the airport to return to Las Vegas. She assured me her work shift ended in plenty of time for lunch and a drive to the airport.

A few hours later I got up, showered and packed my things. Only Natalie’s younger sister Diane was in the house, still recovering from her cold. I was a virtual stranger, alone with a beautiful teenaged girl. California was indeed quite unlike Kansas, and it struck me as odd that I was so trusted, but that trust was justified—I was enamored of her sister and no threat to this young girl. After I packed, I made good on my vow to spare my gag reflex and eradicate the grease smeared on their living room window. My work in California was finished.

I spent the morning wandering the neighborhood, and when Natalie returned after noon, we gathered my things and headed for a restaurant named “Mongolian Barbeque”. I made an effort to eat with chopsticks, but eventually abandoned my quest to “do as the Romans do”, citing my need to catch a plane. Natalie looked uneasy as I read the prediction from my fortune cookie: “Your charm will win the object of your affection.” I hoped this would be the case but knew better—at least where she was concerned.

When we arrived at the John Wayne airport, I was surprised and amused at its size. It wasn’t much larger than a bus depot, with only a few small towers sufficient for air traffic control. Natalie escorted me through the terminal to the counter where I secured my boarding pass. I winced at the prospect of sitting in lucky row 13 for my first airplane flight ever, and Natalie chuckled at my weird luck. Eventually it was time to say good-bye. We shared a kiss and I hugged Natalie with all my strength. I let go only with great reluctance. As I watched her leave the terminal, I hoped she would turn back toward me a final time to wave, but she didn’t. I assumed a world of meaning in her determination to leave.

There was no walkway connecting the airplane to the terminal as I expected, and I walked out the door and across the tarmac toward my plane. I climbed the steps and sat down next to a man perhaps ten years older than me. He asked if it was my first flight, and I admitted it was. He noted my concern at the bumpy take-off, but assured me it wasn’t problematic. He explained he recently earned his pilot’s license and enjoyed flying. Apparently I still looked skeptical of the benefits of flying, and he suggested ordering a drink. He talked for the duration of our short flight and contrary to my shy nature, I found myself enjoying my gregarious flying companion.

We soon arrived at the McCarran Airport in Las Vegas, where friends waited to greet me. I gathered my belongings from the overhead compartment and made my way to the front of the plane. When we reached the inside of the terminal he turned and said cheerfully, “Good luck back in Lawrence this fall, a lot of people are depending on the outcome. I know you’ll do well.” With this odd farewell, he quickly walked away and never looked back. Goose bumps rose on my arms. I hadn’t drunk enough to converse carelessly and wondered what he knew about my life. It wasn’t a specific statement and could have simply been a casual good-bye, but it didn’t sound that way. It sounded as though he knew something, and it was even more baffling because I mentioned I lived in Kansas but not Lawrence. I wasn’t wearing KU memorabilia or anything to link me to Lawrence or KU. My mind raced with questions about the stranger who seemed so eager to talk with me, and I wondered who he was and what he knew.

The next few months were significant for me, but not in any way that could have been anticipated by a stranger flying to Las Vegas from the West Coast. I never encountered him again (to my knowledge) and always wondered what he and “a lot of people” expected me to accomplish. Who was this man? Did he play a role in whatever successes or failures I experienced in life, particularly in 1980? Did something happen behind the scenes that I inadvertently affected—something this stranger would benefit from? Was there a purpose in sharing a flight to Las Vegas with me, and “encouraging” me to accomplish something? The questions remain unanswered.

This obviously could not be considered a paranormal experience, but I do consider it an unexplained mystery. Perhaps I was no more than the victim of an elaborate gag, but what was the point? If it was an effort to simply sound mysterious, what purpose did it serve? If there was something to this encounter, then I would like to ask this question to whoever you were on that plane, thirty years after the fact: did I accomplish what you had hoped?

What would you guess happened here?

Read more articles by this author about strange and unexplained occurences

Read about other unexplained events with materials from Amazon.com 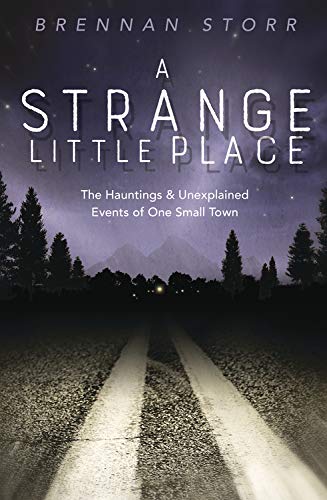