Birthstones Jewelry as Gifts - Gemstones List Based on Birth Month

Birthstones Jewelry is an all time favorite Gift with Women. Be it a Birthday or a Valentine's Day it is one of the best gifts you can give someone you love. By gifting Jewelry with Gemstones by Birth date you are not only fulfilling her love for jewelry you are also giving her something which can help her improve her positive qualities as these stones have healing powers. Every month of the year are assigned Gemstones which can be worn on the basis of the month born. Birthstones can be worn based on either the Modern Birthstone List approved by the American National Association of Jewelers of America or the Traditional Birthstone list containing the older birthstones and is sometimes combined with the modern birthstone list.

Given below are Pictures and details of Modern and Traditional Birthstones for different months of the year from January to December. 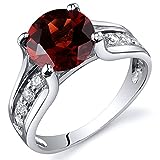 The Modern and Traditional Gemstone for those born in the month of January is Garnet. The name of this Gemstone comes from the Latin name of pomegranate, granatum. This is an extremely beautiful gem and is said to bring successful friendships and popularity. This gem is also the wedding anniversary gemstone associated with the 2nd and 6th year of marriage. 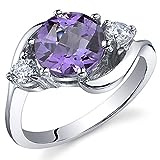 The Modern and traditional Gemstone for those born in the month of February is Amethyst. The name Amethyst comes from the the Greek word ‘amethystos’ which means ‘not intoxicated’. Amethyst Gem is a protective stone and used for calming emotions and reducing stress. This stone is used as a substitute for Blue Sapphire, the Gemstone of Planet Saturn. 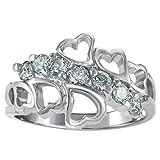 The Modern Birthstone for the month of March is Aquamarine. The name of this stone is derived from Latin words which mean sea and water. Aquamarine has the reputation as the stone for love and bringing harmony in relationships. This Gemstone is the wedding anniversary stone for the 16th and 19th years of marriage. The Traditional Birthstone for March is Bloodstone which seems to have received its name because of the distinctive red spots resembling that of blood spots on the surface of the stone. 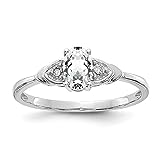 The Modern and Traditional gemstone for the month of April is Diamond. This gemstone is also known as heera and is associated with the Planet Venus which is representation of love, marriage, beauty and comforts.The name of this stone is derived from the Greek word ‘adamas’ which means ‘hardest stone’. This gemstone is also referred to as the ‘King of Gems’. This gem  is said to lead one towards love and devotion in relationships and increase passion and sexual desires. Diamond is also the wedding anniversary gemstone of 30th and 60th year of marriage.

The Modern and Traditional Gemstone of May is Emerald. Emerald is the gemstone representing Planet Mercury which is representation of business, communication, intelligence, education and intuition in Vedic Astrology. Emerald is a mined gemstone of green color belonging to the Beryl family of Gemstones. The name of this stone comes from the Greek word smaragdos which means green gemstone. This stone is said to bring happiness and harmony in married life and improve finances and concentration power. 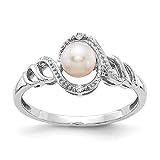 The Modern Birthstones for the month of June are Moonstone and Pearl. Pearls are obtained from the Sea and are available in different shapes and colors. Pearl is the Queen of Gems and also an emblem of purity, innocence and elegance.Wearing this Gemstone reduces anger and unwanted thoughts. Both Moonstone and Pearl are gemstones of the Moon and is said to bring happiness and stability in ones life. The Traditional Birthstone for the month of June is Alexandrite. This gemstone is believed to draw luck and good fortune. 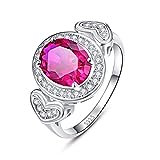 The Modern and Traditional Gemstone for the month of July is Ruby. The name of this stone seems to have come from the Latin word rubens which means red. Ruby is obtained from the mines and available in different shades of red. Ruby is the Gemstone of the Sun and is said to give stability and remove the fear of the wearer. Ruby Gemstone is said to increase the wearers self-confidence, self-esteem, self-respect and optimism.

The Modern Birthstone of August is Peridot. This Gemstone is also known as ‘Chrysolite’. Peridot Stones are said to protect the wearer against negative feelings. The name of this gemstone seems to have derived from the Greek word 'peridona' which means 'giving richness'. Romans nicknamed this Gemstone as  'Evening Emerald' because of its close resemblance to the Precious Gemstone Emerald, the stone of Planet Mercury. Sardonx is the traditional stone for August.

The Modern Gemstones for September are the Sapphires and Iolite which belong to the Corundum family. Iolite Stone is said to stimulate the Third Eye Chakra leading to clairvoyance. This gemstone is said to enhance the wearers leadership ability, inner strength and self confidence. Iolite gemstone is also said to bring harmony in relationships.The Traditional Gemstones for the month of September are the Sapphires and the breathtakingly beautiful Peridot. 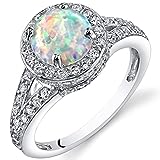 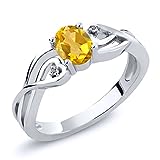 The Modern Gemstone for November is the beautiful Yellow Topaz Gemstone. Citrine is both the modern and traditional gemstone for the month of November. Citrine is a beautiful translucent gemstone which seem to have derived its name from the word "citron", the French name for lemon. This gemstone symbolizes light-heartiness, joy and happiness. This is also an extremely popular but inexpensive substitute to yellow sapphire gemstone which is the gemstone representing Planet Jupiter. Citrine is also the wedding anniversary gem associated with the 17th year of marriage. 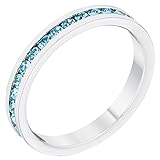 However, Birthstone Jewelry is not limited as Birthday or Valentines Day Gifts for a Girlfriend or Wife. It can be a nice gift to your Mother on Mothers Day or on her Birthday or as a gft to a sister.They are sure to love it. Talking of Jewelry one can even opt for more Romantic options like Double Heart Diamond Jewelry as Gifts for Women. Birthstones can make wonderful gifts for men too. Who said Men do not like Jewelry? So what are you going to give as Gift to your loved one next Birthday or Valentines Day or any other special event?