Philippines chess has something to be proud of, GM Wesley So, the latest chess wunderkind continues to reap honors for his country and his growing lists of achievements continues to spellbound and amaze the chess community. A work in progress, the seventh youngest chess grandmaster ever and the youngest to reach the dizzying heights of 2600 ELO rating, Wesley So, added another feather in his cap, by nailing the tough and prestigious Corus Chess Tournament (Section C) held last January 15 to February 1, 2009, topping the field with an impressive score of 9.5/13, scoring 7 wins 5 draws and a loss. So’s win earned him a ticket to the Group B section for next year’s edition of Corus Chess Tournament.

Now the country’s newest chess sensation, Wesley So now totes a 2646 ELO rating and is expected to rise even further as he was entered in tough competitions in the months ahead, like the World Junior Chess Championship B/G 2009 in Mar del Plata, Argentina, this coming October 16-29, 2009. He breaks the previous Philippine record of 2624 ELO rating record set by his countryman GM Mark Paragua. He is performing above 2700 in the tournament he participated recently. At the tender age of 15, he already scalped many seasoned and strong GMs. His recent victim includes GMs Tiger Hillarp Persson, Friso Nijboer and Eduardo Iturrizaga. His remarkable win thus far is his conquest of Chinese Super GM Ni Hua which has an ELO rating of 2709, and secured draws over Hydra Grandmasters (a chess players with Elo Ratings above 2700) Alexei Shirov and Sergey Karjakin.

Let’s hope that Wesley So will continue to impress the world with his exciting and truly brilliant games in the months ahead, or perhaps even years to come. As of July 2009 with his FIDE Elo ratings, So made it to the elite top 100 barrier by ranking 92nd in the world, 7th in the world juniors, 1st in Under 16 Category and 9th in Asia. Many pundits are expecting him to breach the 2700 ELO rating and break the top 30 in the world rankings soon. I hope that this blog will follow the transformation of a gentle cub into a feisty lion that is capable of whipping out tactical plays that would surely give even the well experienced chess grandmaster a run for his king’s life. 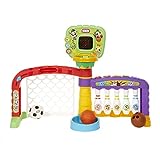 Top seed Super GM Wesley So placed second behind compatriot GM Darwin Laylo, in the 3.3 Zonal Championship in Ho Chi Minh as they both snared the much coveted two berths in this year's World Cup to be held in Khanty-Mansiysk, Russia slated this November 20 to December 15. GM Darwin Laylo collected 8 points and Wesley So amassed 6.5 points after the penultimate 9th round, Laylo trounced Viet bet IM Duong The Anh and second seed GM Zhang Zhong of Singapore and even as So toppled Vienamese IM Nguyen Huynh Minh in the last two rounds to ensure them stint in the World Cup. The duo surely gave pride to the Philippines as they staved off the strong challenge posted by the top Vietnamese and Indonesian grandmasters. Another Filipino GM Rogelio Antonio earlier qualified in the big tournament in Russia by placing a strong 5th place in the recently concluded Asian Continental Individual Chess in Subic, Olongapo City, Philippines, held last May 13 to 23, 2009.

Here is a game played by Wesley So, be on a lookout to his blind moves.

This is my second entry to the Hub Challenge.