How Long Are Cats Pregnant - What You Need To Know!

Did you know that One out of every four American families has a pet cat and some have more than one. However, If you don't have your very own cat to appreciate and love its eccentricities and incomparable behaviors...You should consider getting one! If you're an ailurophile (A cat lover), Visit my blog...

Facts About Cats and I'll introduce you to the interesting and likely unknown facts about cats and their behavior, lifecycle, senses, and habits.

How Long Are Cats Pregnant For?

So your cat is going to have kittens and you're curious about how long are cats pregnant and all the other details of a cat gestation. In addition to being shocked that your queen somehow managed to get pregnant even although she's an inside cat, you'd like some knowledge on how long a cat's pregnancy lasts.

Maybe it was all those visits you arranged with friend's tom that did the trick, or perhaps you've found a pregnant stray and you fell in love with her. The how it came about doesn't matter any longer. What counts now is getting all the information you need to know to assist your pregnant queen and coming kittens.

A pregnant cat has a gestation period of approximately 60 to 67 days. She could have new batch of kittens nearly every 2 months. That's 6 times a year. Take that another step, and assuming she has 6 kittens each time, she can deliver about 36 kittens a year. So that's how come Bob Barker was always telling his television audience to have their pets spayed and neutered! 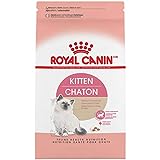 In addition to knowing how long cats are pregnant for...A few other changes will happen. You could be able to tell at once that she's pregnant by her nipples swelling up and turning rosier in color. Breeders refer to this as "pinking". Much similar to a human mother to be, a queen can have times of morning sickness for a bit while. But if this keeps going, the queen needs to be seen be a vet, because something may be wrong.

When she's reached the 17th to 20 the day into her pregnancy a veterinarian will be able to find the babies inside of her. An ultrasound can be performed as soon as 2 weeks to determine how many kittens she's going to have. As soon as 3 weeks heartbeats can be detected. If your queen is fit prior to becoming pregnant you might not need to take her to the vet during the pregnancy. But, whenever she's going to have a large litter or is having any problems you'll want to get her checked out by a vet.

Your cat's personality could alter too during the pregnancy. She could crave a lot more affection from you now as her mothering instincts begin to be greater. By all means make a point she gets all the love and attention she needs. Some pregnant females actually do the opposite and will want to hide for 2 months. Much like a female human during maternity cats have hormones and a lot of body changes taking place. Occasionally a female cat during pregnancy simply feels really tired, and would like to be left alone.

During your cat's gestation she will likewise be nesting. Once she begins looking for a cozy spot to give birth to her kittens, then it's time to make a warm cozy place for the delivering process. She may just make a delivering area on her own, by adopting some old clothes left in a pile in a corner. Watch her cautiously in the concluding days since she will be very uneasy and may begin traveling a lot more in search of a good place to give birth.