Now that Obama has been re-selected, no surprise there, how will the rich elite and the President ride the storm of deception concerning Nibiru Planet X out to its final conclusion. Will they batten down the hatches and pull together as a team to save the day as the President so gallantly suggests,

"the belief that our destiny is shared, that this country only works when we accept certain obligations to one another."

Or will it be every man for himself as the rich elite scurry like rats leaving a sinking ship?

Does anyone else find the recent resignation of David Petraeus suspect in light of the fact that Bill Clinton our President had an affair and maintained his job. The President of the United States should be a moral standard for us all and yet if he can have an affair in the Oval Office that everyone knows about, why should a mere General and head of the CIA be treated differently.

In another similar story the incoming chief executive of Lockheed Martin, Christopher E. Kubasik is asked to resign on Friday Nov. 9, 2012 for an improper affair with a subordinate, Hmmm is this a growing trend or just today's latest excuse for rats leaving a sinking ship.

Lets get real folks, the rich elite could give a damn about whether or not the status quo is maintained or whether the masses panic from the news about Nibiru Planet X in our solar system as long as they are afforded the time to retreat to their planned safe houses and bunkers what do they care if the public panics and don't go to their jobs or pay their bills.

As extreme weather storms begin to grow in frequency and size, large earthquakes become more common and coastal flooding becomes an everyday occurrence more and more of the rich elite will find more elaborate excuses and reasons to retire, resign and flat out quit so that they can remove themselves from the public eye and vanish to their bunkers.

Apocalypse Coming to a Neighborhood Near You

Riding the Storms of Deception

While New York and New Jersey was cleaning up from Hurricane Re-Election and preparing for another Northeastern storm on the other side of the world in Tasmania a freak hail storm sent the public scurrying for shelter.

Authorities raised the alarm when 'minor tornadoes' (what is a minor tornado is that like being kind of pregnant) were spotted on Hobart's Mount Wellington.

Kingston bottle shop owner Simon Hantke says he has never seen anything like it. "I've been to Queensland and I've seen hailstorms, but not like this. It was absolutely incredible," he said. "It created absolute carnage here. People pulling over, people scared, worried, it was just amazing."

At some point we will have to stop referring to this as extreme weather and climate change and face the cold hard facts that our planet is being torn apart by Nibiru Planet X and the Polar Shift.

Guatemalans huddled in the streets of San Marcos Wednesday night fearing aftershocks after their country experienced a massive 7.4 earthquake that was felt 600 miles away in Mexico City. The earthquake killed 52 people leaving over twenty missing and at least 5,000 homeless, although officials cite that over one million have been affected by this quake.

Meanwhile just today in Myanmar a very dangerous 7.0 earthquake near a transform fault line has created a situation where officials fear the worst, at least 12 people confirmed dead.

While near Whitesburg Kentucky here in America a moderately strong earthquake 4.3 was felt and in nearby Tennessee as well.

However in a densely populated region of China (Chonqing population 30 million) a little bit stronger earthquake in the 4.7 range was experienced today November 11, 2012, reports are still coming at the time of this story.

Of course the Haida Gwaii (formerly known as Queen Charlotte Islands Canada) 7.7 earthquake dominates the recent seismic activity last week as tsunami warnings were issued for a wide range of areas around the Pacific Ring of Fire.

We will see an increase in these types of disasters as seismic activity increases due to the Polar Shift. Not only is the Polar Shift affecting the weather by changing the climate globally but is also increasing tectonic plate movement world wide.

Late Saturday a massive explosion tore apart a neighborhood in Indianapolis with at least two casualties confirmed. Natural gas is believed to be the cause but the cause is still under investigation. Speculation in regards to whether the explosion is related to the earthquake in Kentucky has lead to officials to believing it was a natural gas leak.

Elsewhere in the World officials are still blaming the flooding of the Mekong Delta on rising Ocean levels as if rising ocean levels would only affect Viet Nam, c'mon people get real!

Many parts of India and SouthEast Asia are experiencing the same flooding conditions because the coastlines are sinking due to seismic activity which does not allow rivers to drain completely and back up into nearby farmland.

These flooding conditions are affecting all the neighboring countries such as Thailand and Cambodia and yet government officials are stubbornly refusing to acknowledge the full implications and prefer to blame each other. Obviously since the monsoon season is over and very little rain has fallen then the flooding must be due to other reasons. 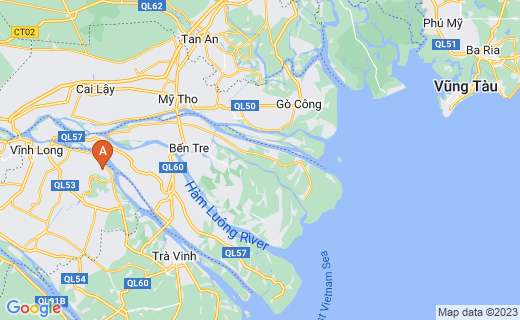 Starvation is Taking Its Toll

What most of the Western media has ignored is that because three quarters of Cambodia's land is flooded, starvation is now taking its toll on the 15 million inhabitants along with wide spread diseases such as dengue fever running rampant throughout the population.

In all, the United Nations estimates that 1.2 million people out of a population of about 15 million may have been affected.

In neighboring Thailand at least 500 people have been confirmed killed from flooding since July of 2012 and over 1/5 of Bangkok, Thailand's capitol is under water with over one hundred thousand already evacuated.

Over 850 million people worldwide suffer from inadequate nutrition. More than half of these people reside in Asia and the Pacific, according to the website World Hunger.

Because India and Southeast Asia are now being inundated with massive floods, many countries are simply unable to feed their citizens and need the worlds help. Regardless of recognizing the reasons or the cause of these floods, these countries even with relief organizations helping out are literally swamped with large sections of their populations becoming homeless and are unable to provide adequate housing or relief.

Starvation in many of these countries have now become the primary concern of government officials. As conditions continue to deteriorate diseases begin to spread due to inadequate living conditions, sanitation becomes problematic as there is simply no room for all the people.

Because the Earth's population has now reached 7 billion it has become paramount to evenly distribute our resources or we will face wide spread famine, drought and blights and ultimately war over food and water.

Becoming a Parent of the New Paradigm

To protect our planet we must now actively pursue a new paradigm in which an even distribution of our natural resources becomes paramount.

Capitalism has run its course and is no longer a viable world wide option.

Our President as leader of the free world must consider options that would allow the United States to act as a reorganizer of the world's wealth. Will that require that Americans change the way they live, without a doubt.

However what are our options allow the rest of the world to slowly starve to death?

Instead of declaring war on other countries in the disguise of stealing their resources for our own benefit so that we may maintain the life we are accustomed too, perhaps we need to rethink this nation against nation mentality and recognize that it is all our planet to share.

However the Polar Shift due to Nibiru Planet X in our solar system maybe the catalyst needed to spur nations into reorganizing and distributing resources as it will require that we help each other out to survive.

If we begin to realize that this apocalyptic scenario is the opportunity this planet needs to forge a new reality, a new paradigm closer to the heart, there maybe still time to save the human race from extinction.

The definition of insanity is repeating the same behavior over and over again expecting different results.

It is becoming blatantly obvious that human's must become a race that serves others first before we serve ourselves. After all it is just common courtesy to serve guest first before serving ourselves isn't it time we went back to treating others as we would treat ourselves.

We can start today by simply creating the New Paradigm in our thoughts and meditating on how we envision it will work, we can work out the details later.

Is the human race capable of reorganizing its selfish thinking and creating a new paradigm closer to the heart?