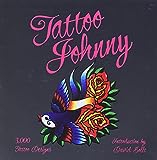 The Choice of a Rat Tattoo

Just like their real-life counterparts, a rat tattoo is something of a peculiar taste, but for those who are fans of rats, there are some that are extremely nice looking, and many that are humorous, based on the caricature rats can be used as.

Some people actually have a tattoo of a pet rat on them, while others like to send out a message about a rat fink, which if you're not familiar with that meaning, it's someone who tells on someone else. It's called "ratting" in America. Special tattoos are made to say what someone thinks of that.

Rats as a cartoon figure are among the favorite images used in rat tattoos, but there are some that are serious works of art, as in any tattoo theme people choose to create or have inked on them.

Overall I was surprised at the large variety of rat tattoos there are to choose from out there, and the popularity of the theme.

I thought it would be just as hard to find someone with a rat tattoo as it is an owner of a real rat, but that wasn't the case.

The first tattoo of a rat I chose was probably, as far as a work of art goes, up there with the best of them in this particular genre.

It is definitely disturbing and would attract a lot of attention and comments when you look closely at what is going on with the tattoo.

In the rat tattoo on the chest below, I made it a larger size because the uniformity of color made it difficult to see, and you also miss a lot of the detail because of that.

Below is an tattoo of a pet rat. Pretty interesting in that it is hard for me to relate to a real emotional bond with a rat, but then for some people it evidently is something they do. The pink little claws do look nice.

This rat tattoo was pretty realistic and very well done. You get the feeling you just caught the little critter in your house and are thinking of ways to get rid of it. More difficult to do by the artist than it appears.

This is a pretty intense rat tattoo design of one seemingly attempting to get out of a cage. Pretty mean looking. I do like the fence itself as a design. It really adds to the image and look.

Rat in a Cage Tattoo

Pretty interesting rat on a skull tattoo. We're starting to get out of the more serious part of the grouping and getting more into the cartoon and fun types. As for the color below, it doesn't do much for me. But a rat on a skull is a necessity for those serious about the theme.

The rat priest tattoo is humorous to me. I don't think it was made for any derogatory reason, just a fun image to create.

This is probably a popular idea from somewhere, but I simply don't know where the source is. Either way, the rat with antlers is a pretty cool idea.

Rat with Antlers Holding a Key

When enjoying an Asian theme, it is amazing how artists can take almost anything and fit it in and make it work. Who would have thought a rat and a flower would go together, but there you have it.

Another thing I noticed through my life experience, as many women enjoy the rat tattoos as do the men, and as far as pets go, I've known more women to have rats as pets than men. I don't know why, but that has been my observation.

This is too funny. It's hard to take the serious look of the rat when he's wearing that hat. Fun tattoo.

What a fun cartoon tattoo rat below. I love that old samurai warrior helmet and the band around his waist.

Last but definitely not least is this rat on the foot with a paint roller. I'm not sure where the idea came from, but it is fascinating and very well done.

There you have an amazing array of rat tattoos and designs. I wouldn't have thought there would have been such a wide variety. They are a lot of fun and made me look at the theme a little differently after seeing the grouping.