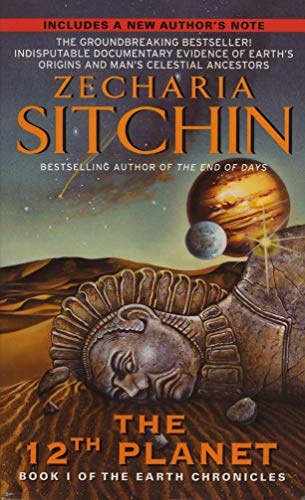 In this thirteenth edition to my weekly series on the affects Nibiru Planet X is having on our world, the continuing Polar Shift and Climate Change, I will concentrate this article Nibiru Planet X December 2, 2012 Rising Sea Levels Countdown to Polar Shift on our rising ocean levels coupled with extreme drought.

“The extent of Arctic sea ice reached a new record low. The alarming rate of its melt this year highlighted the far-reaching changes taking place on Earth’s oceans and biosphere,” said Michel Jarraud, head of the Geneva-based WMO.

Their can be no doubt that our climate is changing, the only thing left to discuss is the reasons for it. While the UN continues to level the blame on global industrial pollution, there is more than enough evidence to show that the reasons for the environmental change on our planet lies in space in the form of a new planet.

This planet was named Nibiru by the ancient Sumerians nearly 6,000 years ago, meaning planet of the crossing and Planet X by NASA when it was first discovered by their IRAS probe in the early 80's. Regardless of what label is attached to it the affects it is having on our planet in the form of earthquakes, volcanic activity, sinkholes, flooding, drought and extreme weather is all too real.

Now that the mainstream media can no longer ignore the affects it is having locally and globally due to the UN's attention on the symptoms of Nibiru Planet X's presence, full disclosure becomes a mute point. For the better part of the last decade the cover up of Nibiru Planet X arrival in our solar system has been complete. Now as photograph's and eye witness testimony is becoming all to common and the excuses getting weaker, denying Nibiru Planet X as the reason for our extreme weather threatens to destroy the establishments credibility with the public.

The public has a basic understanding of how Nibiru Planet X can affect our weather and seismic activity based on how our own Moon determines the tides on this planet. A large majority of the Earth's population realizes that the Earth wobbles as it rotates creating what is known as the precession of the equinoxes. However what some might not be aware of is that because Nibiru Planet X is a magnetic planet, as is the Earth, its presence in our solar system has increased the Earth's Wobble on a daily basis.

This isn't new information, Zecharia Zitchin in his groundbreaking book the 12th Planet published in 1976 made mention of this phenomenon as well as many others that have tried to warn humanity of the coming of this planet. The website Zeta Talk goes into great detail on the wobble affects Nibiru Planet X will have on the planet Earth, however it is by no means the only source of information available.

In this article Nibiru Planet X December 2, 2012 Rising Sea Levels Countdown to Polar Shift I will only touch on a few aspects of how the increase in the Earth's wobble affects our climate and geography.

As ocean levels rise globally the island nations in the Ring of Fire near Indonesia and Australia have suffered its effects the most. I have written many articles in the last year chronicling the rise in ocean levels, sinking coastlines and floods in the Philippines, Bangladesh, India, Indonesia, Cambodia, Viet Nam, Malaysia and Thailand. Their governments in a vain attempt to spread disinformation in order to prevent their public from panicking have tried to blame the flooding on rain and ground water extraction, to no avail.

The reasons for President Obama's recent trip to Myanmar, Thailand and Cambodia becomes clearer now that sea levels are on the rise. Perhaps his true intentions were to inform these countries of his planned announcement to the presence of Nibiru Planet X in our solar system with the intentions of gaining public support as the voice of the truth.

In the recent past keeping tabs on the rise in large earthquakes in the area and their affects on the island nations in the Ring of Fire was much easier but now that many of the ocean buoy's in this region have been mysteriously been taken off-line, it is becoming more difficult. This is by design to continue to keep the public in the dark for as long as possible. The Powers That Be fear the publics reaction to the decades of lies and deception.

The recent mysterious death of a buoy maintenance man from Malaysia shows to what lengths those in charge will go to keep the presence of Nibiru Planet X and the continuing Polar Shift a secret from the public.

What is important to recognize is that these ocean buoy's are by no means disfunctional or damaged just no longer providing data to the public.

What hasn't been addressed in the mainstream media or by government officials is what policies, if any, are in place for the growing number of refugees from the rising ocean levels and sinking mainlands. New Zealand and Australia have made their positions quite clear as they have both essentially closed their borders.

Volcanic Activity on the Rise

Volcanic activity is on the rise in the Pacific Ring of Fire, most noticeably with the recent eruption of Tolbachik in Eastern Siberia that shot an ash plume 10 km (32,000 ft.) into the atmosphere. The last time it erupted was in 1975. The list below shows some of the recent volcanic activity in the region.

These volcanoes are just a small example of the continued seismic activity in the region, along with large earthquakes in the area. What is important to note is that many of these events are not being reported in the mainstream media.

Drought in the United Sates

The continuos drought in the lower 48 states has many US farmers and ranchers extremely concerned for next years crops and cattle. The latest information from the Drought Monitor reveals that more than half (55.96 percent) of the land area in the contiguous US is burdened by moderate to extreme drought.

"Right now we are seeing pockets of more severe drought, but it is spread out over different parts of the country," said Michael J. Hayes, director of the National Drought Mitigation Center.

Currently only 8.64 percent of the country is suffering from extreme drought conditions however the forecast for the rest of the year is not good. The main impact is crop failures and water reserves as reservoirs, stream, rivers, lakes and well water levels drop. This also affects rancher's by reducing grazable pastures land and their ability to feed cattle.

This will inevitably raise food prices nationwide as well as globally.

The author's of a recent article in Science suggest that the drought in the Amazon in 2005, labelled a one in 100 year event, coupled with the drought in 2010 through 2012 may well reduce the Amazon's natural ability to buffer CO2 emissions worldwide.

Scientist have shown that a healthy Amazon rain forest can absorb 1.5 billion tons of CO2 emissions yearly, to put this in context The United States emits 5.4 billion tons annually.

What this means in layman's terms is that because the continuing drought and logging in the Amazon rainforest is killing trees at alarming rate, the rainforest will no longer act as a natural buffer to rising CO2 emissions and that an additional 5 billion tons of CO2 will be released into the upper atmosphere. However this study does not include the impact forest fires will have on the atmosphere from the drying conditions, these fires also release large amounts of carbon into the atmosphere.

What this means is that the severe drought in the area coupled with continuous unchecked forest fires could actually speed up the greenhouse gas affect globally.

Altered Orbits of Planets in Our Solar System

Do you require an official announcement?

The continuing global drought will lead to water shortages that will be exacerbated by forest fires created from the dry conditions, this will lead to more carbon released into the atmosphere adding to the already dangerous levels. This viscous cycle will actually speed up the climate change caused by the increase in the Earth's Wobble from the presence of Nibiru Planet X in our solar system.

At this point in our history continuing to point the finger at industrial pollution from fossil fuel use and coal only serves to keep mankind firmly planted in the victim role that The Powers That Be wish us to remain in so that we can seek their guidance for salvation.

Only by recognizing the true nature of these events can we ever hope to extract ourselves from the role of the victim and take responsibility for our own actions. Recognition not only removes us from this cycle of blame but allows us to create a New Paradigm in which we see ourselves as one race sharing the world's resources to create a brighter future.

By living only once with hope we can remove ourselves from victim consciousness and learn to create a world in which all of our goals and aspirations come from the same shared resources to create a world of sustainability and progress.

This will require that we learn to treat Mother Earth with all due respect as the greatest single living creature in our solar system and to acknowledge that her vast resources sustain us if we use them wisely.

Hopefully I was able to show in this article Nibiru Planet X December 2, 2012 Rising Sea Levels Countdown to Polar Shift the various ways the increase in the Earth's Wobble is having to change our climate on many levels.