Certainly the ocean’s most vaunted and feisty predators, sharks have a vital role to play in the ecological balance

Nature always works in a wonderful way. The wildlife, plants, the microscopic organisms and humans lives in harmony as each has its own niche in the planet performing their own tasks and duties to keep the cycle of life rolling and moving, removing one of them however will spill problems. Wiping the sharks off in our oceans will lead to a worldwide catastrophe, as the equilibrium in the ocean’s food chain will collapse like house of cards creating problems that will inevitably affect humans. If sharks will disappear expect the population of many fish’s species to increase rapidly then eventually all died out because they will be competing for the same food source as they may consume available phytoplankton and zooplanktons.

One of the other important role played by sharks is being known to be the sea’s premier scavenger and cleaner. Sharks are also known to prey on sick and dead fishes in the open ocean and seas. Thus sharks help prevents transmission of illnesses among marine life.

Sharks perhaps are one of the most abused animal specie in the planet. People tagged them as human killers and eaters too, a bad reputation that was built around the showing of movies that displays their horrible form voracious and ferocious. Worse, the movies like Jaws, no thanks to modifications, exaggerations and special effects made these creatures earn the tag menace, notorious and nuisance.

Yes, it is true that larger species of shark do attack humans and even small boats like the white shark (man-eating sharks). Moreover the shark attacks are not intentional. Sharks are sensitive to any movements they may mistake of some humans swimming in beaches as struggling fish or sea turtles. About 90% of all the shark species pose no threat to humans because they are not big enough to subdue humans, they live in the deepest part of the ocean or they have teeth that are not capable for attacking.

There are indeed hundreds to few thousands cases of shark attacks all across the planet, but humans also inflicts such attacks to sharks too, perhaps more brutal that one can imagine. Sharks are prized for their fins and tails, and are hunted heavily in all corners of the oceans and seas around the globe. The sharks chopped of its fins and tails are thrown back to the waters being eaten by smaller fishes, a gloomy and awkward scenario, as a prey eating its predators because of humans craving for delicacies. The stripped body parts of the hapless sharks become connoisseur’s delectable and mouthwatering shark’s fin soup whose main patrons are from East Asia.

The cases of shark attacks all across the globe will reach few thousands while cases of man stalking sharks for their fins and tails will reach more than hundred thousands. This sad scenario makes the dreaded shark a helpless prey shedding their reputation as the top hunter in the food chain, conceding the throne to... humans.

Somehow sharks are protected in some parts of the world. Famous Shark Parks across the world includes Australia’s Great Barrier Reef the world’s largest and one of the world’s best managed shark park, the Galapagos Islands, CocosIsland located in the Pacific Ocean and South Africa. These preservation parks help sharks to increase their dwindling population. All of these parks are now recognized as a UNESCO Heritage Sites.

my sixteenth hub in the hubchallenge

What future awaits these poor species of sharks... 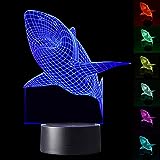 Ways to Bury Your Pets

Foods that Should Not be Offered to Pets (Rabbits, Hamsters or Birds)

The Foods Your Dogs Shall Not Eat

How to Look for a Dependable Veterinarian

Flora and Fauna in the Philippines

The Conservation of the World's Rarest Bird of Prey, the Philippine Eagle

The Natural Wonders, Wealth and Sceneries of Amazing Philippines

Pamilacan Bohol a Breeding Ground for the Charming Dolphins

Are Sharks a Prey or a Predator Nature always works in a wonderful way. The wildlife, plants, the microscopic organisms and humans lives in harmony as each has its own niche in the planet performing their own tasks and duties to keep the...

How to Save our Planet Earth In 1992 World Summit held in Rio de Janeiro, getting rid of pollution was the main agenda as well as making our planet healthy amid industrial progress. However the ratification and implementation of this...

Ways to Save Mother Earth Our planet is indeed gasping for breath right now, our harmful pollutions is indeed choking her slowly and continues to stripped her with her ozone layer. I think it is about time to give our timely response...

The Causes and Effects of Climate Change in our Planet Just a month ago, a powerful typhoon the worst ever perhaps in my province literally took us by the storm. Wow, the typhoon was so destructive and devastating that the tremendous damage it had made will...

Worst Floods and Typhoons in the Philippines An average of 20 typhoons hit the Philippines annually. Some of these typhoons ignited soil erosion and deadly raging flashfloods, which resulted to tragedies in the country that killed numerous people and...

Eco-Friendly Money Saving Tips That Fosters Good Lifestyle and Healthy Environment Many are indeed aware of the present problems our planet is facing as people from all walks of life are doing their share, by actively participating in environment friendly endeavors such as tree planting…

The Conservation of the World's Rarest Bird of Prey, the Philippine Eagle If the American Bald Eagle is the symbol of United States' free-wheeling and vibrant democracy, the Philippines has its own emblem for her national sovereignty and freedom as well. The mighty Philippine...

Power to Change Campaign of HP With just four months after launching a noble cause, "Power to Change," Hewlett Packard (HP) hatched attracted thousands of people support. The battlecry of the campaign is to let PC users turn off their PC...

Homelessness and Poverty Social Ills That Need Treatments Poverty and homelessness is now widespread and often ignored as it inflict a resounding blow to the system and exposes flaws in the mainstream of the society.